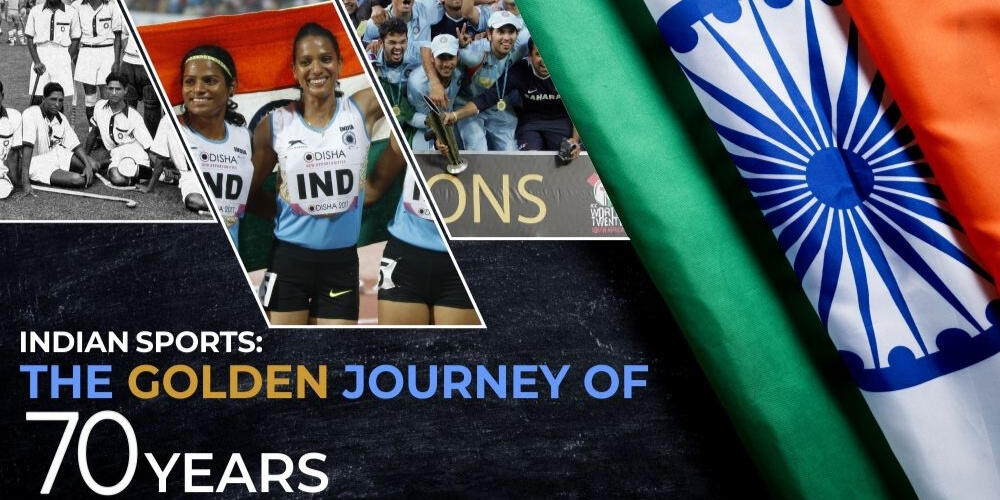 Indian Sports refer to the several types of games played in India, ranging from tribal games to more popular sports such as Cricket, Badminton and Football. In terms of popularity, Cricket is the most loved sport in India. Our nation has hosted and won several Cricket World Cups. The most successful sport at the Olympics for India is Field Hockey; the Indian men’s hockey team has won 8 Olympic gold medals. The most famous home-grown sport is Kabaddi in the country. India’s other popular sports are Football, Badminton, Shooting, Boxing, Wrestling, Tennis, Weightlifting, Squash, Gymnastics, Table Tennis, Athletics, Basketball, Cycling and Volleyball. Some less common yet very much loved and played sports at the local level in our nation are Chess, Kho-Kho, Kite-Fighting, Leg Cricket, Polo, Snooker and Gillidanda. The country has hosted and co-hosted various international sports events, most notably the 1951 and 1982 Asian Games; 1987, 1996 and 2011 ICC Cricket World Cups; the 2010 Commonwealth Games, and the 2017 FIFA U-17 World Cup.

This is the Indian #Hockey Team that represented the country in the 1975 Hockey World Cup- the first time India won the tournament. pic.twitter.com/bljOA0vIku

Congratulations to Sakshi Malik on winning the first medal for India in Rio Olympics 2016. pic.twitter.com/1x1FOWukz8