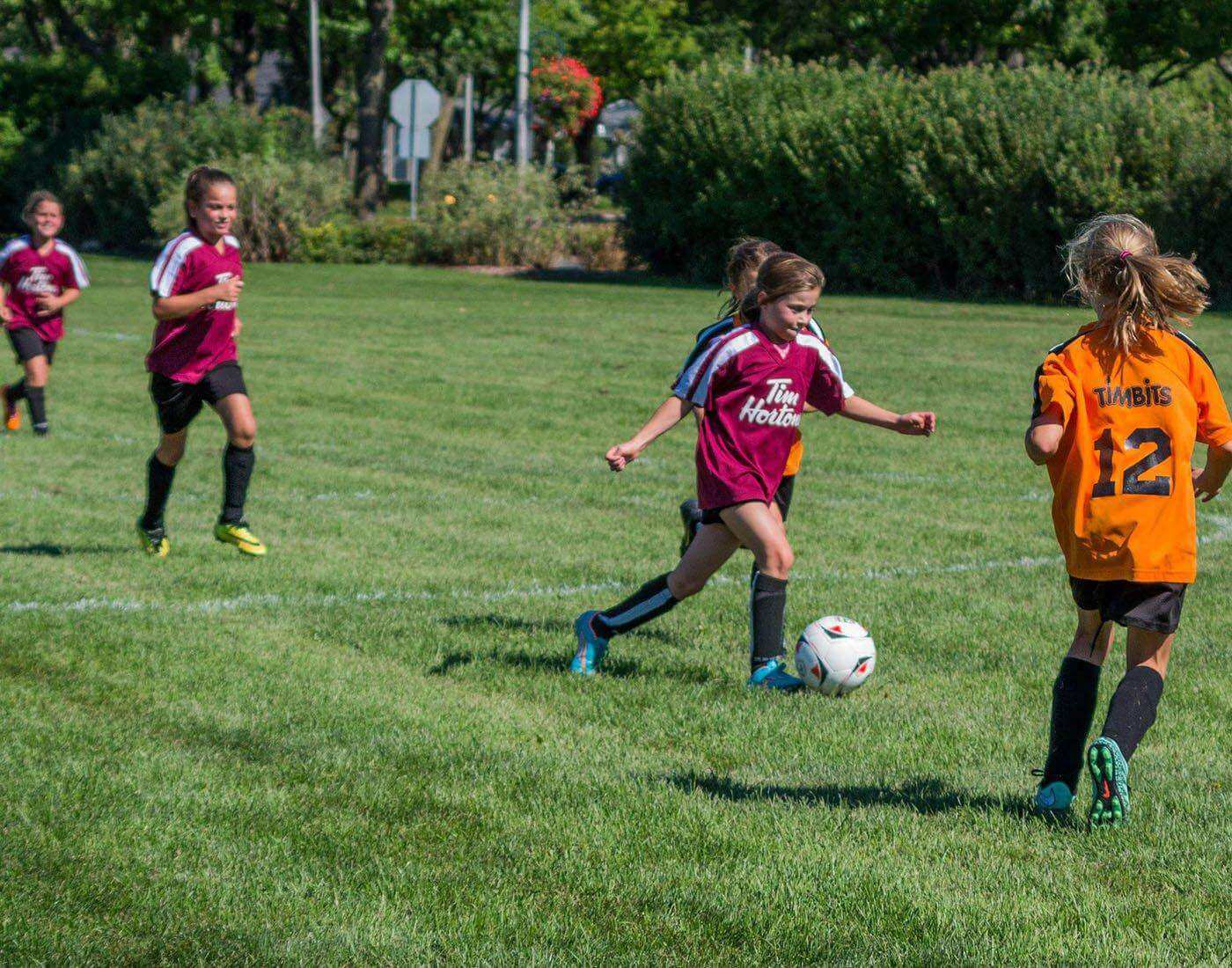 Association football, the game is fondly known as Soccer, Football or the "beautiful game" by the sports lovers all around the globe. It is a contact sport and a team game that is played in between two teams of eleven players including a goalie on each side. Soccer is played with a spherical ball on a rectangular field with a goal at each end of the field.

Football was invented in England in the mid 19thcentury where the first club, the Sheffield football club was formed in 1863. It is said that the game was also played in many countries by different names and formats. However, as per the records, Ancient Greeks and Romans played a no. of ball games which involved the use of feet. Today, soccer is the most popular game in the world and is played in more than 200 countries by 250 million players.

Before the invention of modern association football, several similar games were played in China, Greece, and during the reign of the Roman empire. But it was England and other British empires who transitioned the then-played ball game into the soccer we play today.

The Football Association (FA) was formed in 1863, and the laws of the game were set by the international football association board (IFAB) which was established in 1886.

FIFA, the international governing body of association football,  was formed in Paris in 1904. It was then later admitted into the IFAB in 1913. After that, The popularity graph of football only soared high and high till it became what it is today - "the beautiful game".

The English Football Association was the first governing body to standardize the rules and constraints for making a soccer ball. To add furthermore, continuous advancements in technology has only made soccer balls better, durable, and lighter.

Soccer shoes originally came in the form of heavy leather shoes tacked with steel, but in 1863, the football association banned players for using them. Eventually, the new lightweight and durable design (or the modern soccer shoes) prevailed in the market and are in use since then.

The first shin guards were worn by a player named Sam Weller Widdowson, who just trimmed down a pair of cricket pads and wore it as a shin guard. This idea was initially mocked at, but very soon, everybody started to realise the importance of shin guards and started wearing them.

Before the 1970s, soccer gloves were rarely worn by players or even goalkeepers. After that, people started wearing gloves as a means of protection and comfort.

A variation of association football, in which team is made up of five players, i.e. four outfielders and one goalie. It's different from regular football because it has a smaller pitch, smaller goals, and reduced time duration. Matches can be played indoors or outdoors inside a caged field.

A form of association football which is played on a small pitch, hard court, and mostly indoors. It also consists of teams having five players each, but unlike five-a-side football, futsal courts are marked down by lines, not by boards or walls. The futsal ball is also smaller, harder, and less bouncy than regular soccer balls.

It's a form of soccer which is played on the beach or sand.

It's a variant of football played between two teams of eighteen players each on an oval field. The ball is also oval shaped. The rules are also entirely different from association football. The player can handle the ball with his hand and run with it.

Soccer is played by two teams each consisting of eleven players along with three substitutions that can be taken anytime during the match.

The leading equipment used in soccer/football are -

The goalposts are two upright stations or posts which accommodate the nets behind it. The post along with the net is collectively regarded as the goal.

The goalkeepers wear gloves to protect their hands and to get a good grip on the ball.

Goalies are allowed to wear headgears during the play though it is not mandatory, but many of them opt for it as it protects them against any head injury.

The goalie must wear arm/elbow pads for protection.

The goalie wears a jersey that must be of a different color from that of his field players. He is also allowed to wear full-length trousers.

The practice of kicking a spherical object around for recreation is an ancient idea which dates back to approx. 300 BC. Footballs have a prolonged and illustrious history with the maximum amount of passion for the sport because it is about scientific innovation.

This protective equipment is worn by players and the goalie to protect their shin bone from any injury.

Players wear light and breathable polyester T-shirt and shorts. Each player of the team wears same color shirts except the goalkeeper.

As defined by the Law 1 of the Laws of the game, “The Field of Play” the football pitch should be made of turf or artificial turf. The field length must be between 100 to 130 yds and must be marked by a halfway line that divides the area into two equal halves. The goals must be eight yards wide while the penalty area must be 44 yds wide, whereas the corner arcs must be at the four corners of the field.

Not only primary but the utmost important technique in the sport of soccer is the control of the ball which can also be termed as the basic foundation of the game. It is an excellent source of enthusiasm for the budding players.

The ball control ability is the key to many other skills whereas juggling is another excellent way to practice ball control which is not that hard, but seems a bit difficult as the condition of the game changes.

With constant practice, determination and no. of repetitions will lead a player to learn the game techniques.

The basic techniques of the game can be divided into four broad categories:-

1. Running With The Ball

When the player runs with the ball, he/she is in a total charge of the ball at all times. Such a control needs proper good balance and excellent stability.

Dribbling is when the player moves along with the ball when faced by the opponent players. This allows the player to keep the possession of the ball and to remove one or more opponents by-

A good control over the ball indicates that the move will be a successful one. The key movements to focus on control drill are:  gathering the ball while moving and directed control these bring speed in the game.

If practiced regularly, juggling strengthens the skills of dexterity, coordination and balance in the budding footballers. These traits support the speedy achievement of other techniques.

This is the action of passing the ball to the team player and is a ofcourse a vital part of team play. The passing allows a team to:-

The act of leading the ball into the opponent’s goal is termed as shooting and this is what the game is all about.

He is placed on the touchline between the two opposing table and has three main functions:-