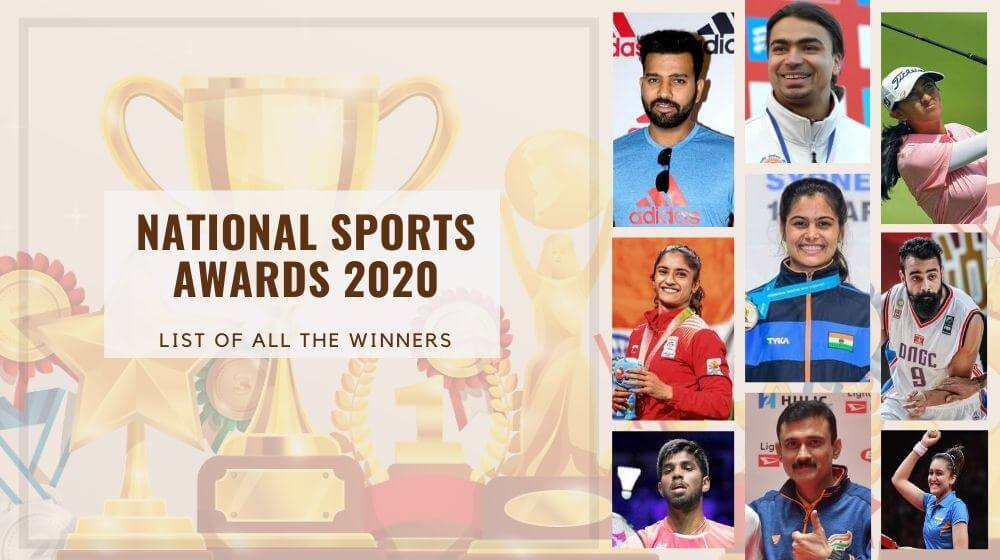 The Indian Ministry of Sports announced the list of sports personalities of India who will be awarded the 2020 National Sports Awards. For the Arjuna award, 27 sportspersons have been selected this year, and the Rajiv Gandhi Khel Ratna Award has been received among the five names, which is the highest sporting honour award in the country.

National Sports Awards are given each year to recognize and reward excellence in sports. On National Sports Day, which is August 29, 2020, the awardees will be felicitated with the awards from the Honorable President of India, Ram Nath Kovind, in a specially organized function through the virtual mode from Rashtrapati Bhavan. The birth anniversary of the great Olympic hockey player Major Dhyanchand is also celebrated on National Sports Day.

The award is given to the sportspersons for their most outstanding & magnificent performance in the sports over a period of four years. This year, 5 winners have been selected for the honour.

The award is given to talented coaches who have producing medal winners in prestigious international sports events. This year 8 winners have been selected for life-time category and 5 winners for the regular category.

This award is given for lifetime contribution to the development of the sport. This year 15 players have been awarded the Dhyan Chand Award.

The award is given to the corporate sports entities (both in the private and public sector) as well as individuals who have played a significant role in the promotion and development of the sport.

The award is given to recognize the spirit of adventure among the people of the country.

The trophy is being conferred to the overall top performance of the university in the inter-university tournament.