A decade ago in India, shooting was considered as an exclusive domain for men, and it was hard ever to imagine girls trying hands in it in spite of the fact that the Indian history has names of queens and princess who were much adapted to the sport of hunting and archery. In that era; it was hard to consider that girls could ever initiate in such a sport. But it was in 1999 when one Indian girl smashed down all those illusions through her indomitable performance in 10m Air rifle shooting at the Commonwealth Championship and made everyone shell-shocked. That was Anjali Ramakanta Vedpathak who proved the world with her debut performance that there is nothing a girl can’t do. With her sheer ability to shoot on the target; Anjali became world’s no. 1 in 10m air rifle shooting in 2002 and stood out as an example to the world. At the age of 34, she scripted her name in the history by bagging gold and silver medals at the 3P and air rifle events of the Afro Asian Games 2003, being the first Indian woman to do so. With a phenomenal stack of 13 international and 8 national records, Anjali has made the nation proud and encouraged girls to pick up shooting as a sports career. It took her 14 years to establish herself as an international shooter, bagging place within the top ten shooters of the world and earning appreciation from sports critics, pundits and shooting fans all around the world.

Born in a Konkani family of Mumbai, Anjali fell in love with the sport just as she became capable of lifting up the gun. She joined the National Cadet Corps (NCC) where she brushed up her shooting skills. She also practised Judo Karate and Mountaineering and was a big enthusiast of tennis and cricket. Later on, she had the opportunity to join Maharashtra Rifle Association (MRA) where she showed her gifted skills for shooting, and it’s really hard to believe that in 7 days of practice with the gun, Anjali qualified to compete at the National Championship of 1988 where she bagged a silver medal for Maharashtra. Anjali had the opportunity to learn the fundamentals and basics of shooting under the tutelage of Sanjay Chakravarthy, continued to compete for her state at the national level and formed up a medal tally of 55 gold medals, 35 silver medals and 16 bronze medals with her supersonic performances at the national level which is still unbeaten.

In 1995, she competed at the SAF Games where she bagged a gold and bronze with the national team and an individual silver medal in Sports 3P. But, as success require time, Anjali too had to wait for a span to prove her knack at an international stage. Besides this, that was the time when Indian athletes did not get many facilities such as managers, physiotherapists and sponsorships etc. and had to move on by their own expenses. Anjali too had to go through a rough patch, but she never let her spirit down. She eventually gained the opportunity in 1999 to burst into the international scene, bagging 3 gold medals and a silver medal at the air rifle and 3P events of the Commonwealth Championship, held in Auckland. Her performance left everyone amused as she set three new records at that Championship. After that, she personally approached Laszlo Szucsak (who was the coach of the Indian shooting squad at that time) to polish her skills. While training under his tutelage, she succeeded to get a wildcard entry in the 2000 Sydney Olympics and reached the finals. In a span between 2001 and 2004, Anjali bagged the ISSF Champions' Trophy in the air rifle mixed event in 2002, made her move on to the finals of the World Cup of 2003 with 399/400, and added numerous feathers in her cap through her exuberance and aplomb, becoming the girl who never misses any target.

She was also honoured with the “Young Achiever Award” by the Indo-American Society in 2002. For her exemplary efforts in the sports, the Government of India bestowed her with the Arjuna Award in 2000 and with the Rajiv Gandhi Khel Ratna award in 2003. In 2005, she contributed her best as a member of the national squad and bagged gold medals in the air rifle and 3P (individual) events along with a silver medal in air rifle (Individual) event. Apart from shooting the target at her best, Anjali has played many roles of her interest in her life. She has done hosting at the Commonwealth Games of 2010 along with cricket legend Sunil Gavaskar. She has been teaching blind children for quite a while and also writes for various newspapers and magazines. Anjali has also given a guest appearance in a Marathi movie Bokya Satbande. Anjali has even walked on ramp for fashion designer Vikram Phadnis. She has also promoted sports along with Sahara and Reliance. Currently, Anjali is coaching six shooters in Pune at her own 10m shooting range which is a part of her house and looking for better opportunities with which she can make shooting count amongst the major sports of the nation. Anjali’s successful sports journey has become a guide for young girls who want to pursue a career in shooting. She has always attempted for the best in her life by showing flashes of brilliance with her rifle. 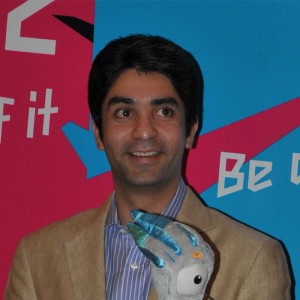 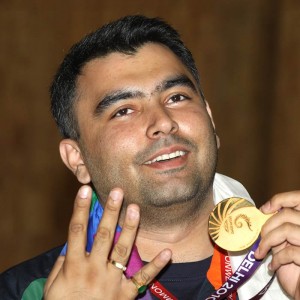