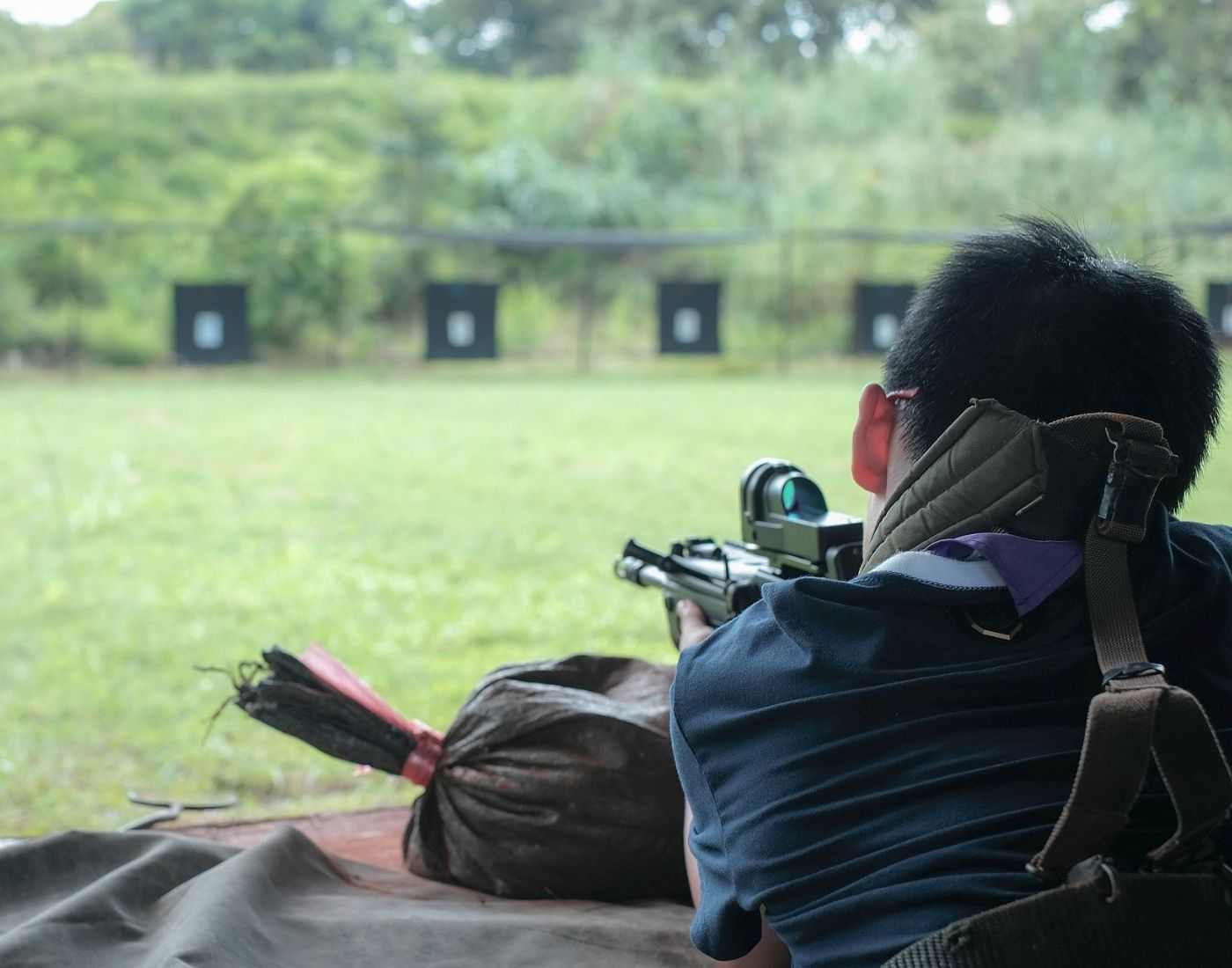 Rifle shooting is one of the disciplines of shooting sport in which a firearm or airgun with a rifled barrel is used. A rifle normally refers to a long weapon which usually requires two hands to hold and fire steadily and has a greater accuracy and longer range than pistols and is popular for hunting. In rifle shooting, shooters fire shots from three different positions- prone, standing and kneeling. Normally in competitions, there is a qualifying round, followed by a final and the winner is determined by adding a shooter’s qualification and final scores together.

The objective is to shoot as many bullets into the center of the target, within a specific time frame.

Both men and women participate in all the events of rifle shooting except for the 300m Standard Rifle 3 Positions event in which only men compete.

Rifle shooting (or any type) takes place on a shooting or firing range which is a specialized facility designed for firearms practice. It can be indoor or outdoor where shooters fire at round black aiming areas (target) displayed on white backgrounds. A range basically has a line of targets and firing line which are parallel to each other and the wind flags (in outdoor shooting ranges) are placed as close to the bullets' flight path as possible without interfering with the shooting. They aid the shooters in determining the wind's likely effects on a bullet's flight path.

The objective is to shoot as many bullets into the center of the target, within a specific time frame.