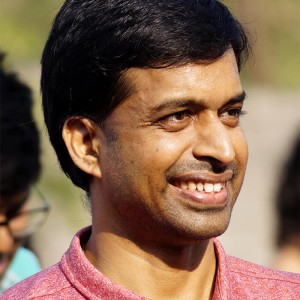 I think competitive sport helps one to learn to endure failure, disappointment and injury. In any other sphere of life, this may not be possible.

We all are much aware of the fact that India is a cricket-loving nation, the sport that deserves our love and respect along with the players. But, we also can't deny the fact that from the past two decades, Indian players have showcased their immense skills in some other sports and badminton is amongst them. No need to recall the historic wins of Badminton Queen Saina Nehwal, Ace Shuttler P. V. Sindhu, and the Prince of Badminton Parupalli Kashyap. Do you know who is behind their success and perfection in skills? Pullela Gopichand, who has also been the national badminton coach for the team that performed at the Rio Olympics. Today, Gopichand's Badminton Academy is a well-known coaching hub for badminton lovers who want to excel in the sport because they know that the coach there is going to write their future elegantly. But from where did it all start? Let's explore....

On 16th November 1973, in Andhra Pradesh; the Pullela family celebrated the eve with the birth of their champ Gopichand. Although Gopichand was initially much more interested in cricket and used to play badminton as a recreational sport but on the advice of his elder brother, he switched to badminton. After some time, Gopichand flew to Hyderabad along with his family and gained further education there from St.Paul's High School and completed his graduation from A. V. College along with his badminton training under the tutelage of S. M. Arif. Later on, he got the chance to learn under the guidance of former badminton player and coach Prakash Padukone at Prakash Padukone Badminton Academy. As a student, Gopichand showed immense improvement in his skills and soon became the subject of hot talks in the world of badminton with his eye-catching performances at the district and national level stages. At the time when he was in Bangalore, Gopichand also learnt some phenomenal stroke techniques by Ganguly Prasad at SAI.

A Fall to Raise

Life is not a bed of roses, and so does Gopichand's. While everything was going smooth and he was all set to go for glories, he had a severe knee injury that depreciated his performance at the badminton court. With time, the case turned worse, and it seemed that the champ had to quit his badminton career. But, that was the time that cleaved out the best in him and helped him analyse. Gopichand knew his strength lies in his heart and his determination to pursue his aim. And, that was what he followed. He started practising Yoga and exercise that aided him to cure his injury and strengthen his wings to fly higher.

The Rise of a Badminton Player

Gopichand first shot to fame when he won his first national championship in 1996 and continues the winning series till 2000. The same year, he won the SAARC Badminton Tournament and replicated the win in the following year. In 1998, Gopichand played hard at the National Games and bagged two gold with a silver medal and went on to perform at one of the biggest sports stages- Commonwealth Games; where he clinched an individual bronze medal and a silver medal along with his team. The next year brought a lot of opportunities for him that he grabbed with both of his hands by winning the Toulouse Open Championship, Scottish Open Championship, the Asian Satellite Tournament, and reaching the final of the German Grand Prix Championship. And then, there came the year in which he scripted history by becoming the second Indian badminton player to dominate the All England Open Badminton Championship, the feat first achieved by former badminton player and his coach Prakash Padukone. The world admired his sincere efforts and true dedication towards his passion and Gopichand became one of the most excellent badminton players of the nation, earning lots of love and respect from the people not only from the country but across India. In 2002, he tied a nuptial knot with his fellow badminton player PVV Laxmi and the couple, later on, was blessed with a son and a daughter.

After bidding a farewell to his playing career at his 27th spring of life, Gopichand decided to stick with his game by donning a new role- The Role of Coach. But it was not at all a child's play as it seemed. With a firm determination to bring out the best of the young badminton players and children, Gopichand started his academy, mortgaging his own house. A renowned industrialist Nimmagadda Prasad donated 50 Million rupees with a term that Gopichand will credit the nation an Olympic medal through his academy and Gopichand stood on his words. His disciple Saina Nehwal brought an Olympic bronze medal for the nation in 2012. In the next Olympics, one of his student P. V. Sindhu bagged a silver medal, crediting him for all her success. Gopichand was the national coach of the badminton team that performed at the Rio Olympics and showcased its knack in the sport.

At present, Gopichand Badminton Academy is known as one of the best training institutes where you can find the best trainers to make your move count for success with the best training facilities along with food and diet programs. Gopichand serves at his best at the academy to inspire, lead and recall the players their worth with the racket, and indeed not only the students but the whole nation has faith in his coaching instinct. After all, the man has carved the badminton legends of the nation, uplifting the stature of the sport in India. A big hail to the Monk of Badminton!