Maria Yuryevna Sharapova is a world-renowned professional tennis player from Russia who was born on April 19, 1987, in Nyagan, Siberia, Russia. Aleksandr Kafelnikov, a family friend, presented Maria with her first tennis racket in 1991 after which she began to practice regularly with her father in a local park. She had her first tennis lessons with veteran Russian coach Yuri Yutkin. In 1993, she went to a tennis clinic in Moscow run by Martina Navratilova. She suggested her to take professional training at the IMG Academy in Bradenton, Florida. After learning to play tennis as a child, she moved to Florida with her father, receiving a scholarship at the age of nine to receive training at the Nick Bollettieri Tennis Academy, but was unable to enter there because she was too young for that.

Her father worked in various low-paying jobs so that she could take her tennis lessons. Before she was accepted into the International Management Group (IMG) Academy, she was trained by Rick Macci at the Rick Macci Tennis Academy. In 1995, Maria was signed by IMG. IMG approved paying an annual tuition fee of $ 35,000 for Maria to stay with the academy, in which she eventually enrolled at the age of 9. In November 2000, she won her first competition at the Eddie Herr International Junior Tennis Championship in the girls' 16th division. She was later bestowed with the Rising Star Award. 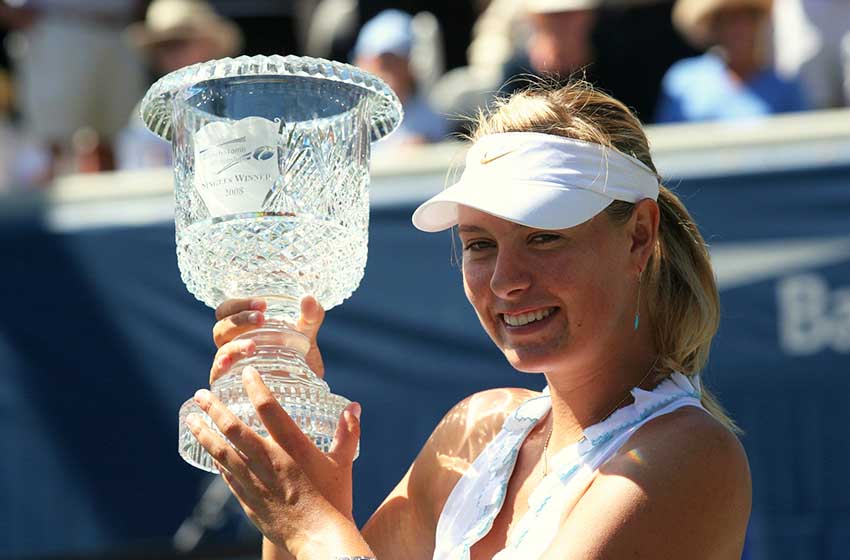 Maria made her professional debut on her 14th birthday (April 19, 2001). When she was 15, she played in the final of the Australian Open Junior tournament, making her the youngest person to reach the final, and continued to compete amongst her peers, finishing second in the Wimbledon and reaching the third round of French Open (Junior) in 2002.

I'm not the next anyone, I'm the first Maria Sharapova.

Maria bagged her first WTA title at the 2003 AIG Japan Open and reached the fourth round of Wimbledon in her first attempt during the same year. The following year was successful for her as she won the singles title at Wimbledon and became Russia's First Female Wimbledon Champion. In late 2004, Maria added the WTA Championship title to her belt of achievements. The same year, she claimed her first Grand Slam singles title at the Wimbledon Championships. She announced herself on the world stage by defeating top-seeded Serena Williams. Maria became the first Russian woman to climb to the top rankings of the sport in 2005 and the following year claimed her second Grand Slam title with a win at the 2006 US Open, defeating Justine Henin.

Sharapova was slowed down in 2007 and 2008 due to shoulder problems, although she managed to win her third Grand Slam title with an impressive performance at the 2008 Australian Open. She underwent shoulder surgery in October and eventually dropped out of the top 100 until returning to singles action in May 2009. Maria struggled to regain her consistency against key female players, but she came back in the top 20 at the end of 2009. She finished at the No. 4 rank in the world in 2011 as she was a Wimbledon finalist that year.

She made a comeback by defeating Sara Errani in the final of the 2012 French Open in June 2012. The win made her just the 10th woman to complete a career Grand Slam by winning all the four major tournaments that allowed her to retake the world's No. 1 ranking. At the 2012 Summer Olympic Games, she made her Olympic debut where she won a silver medal in women's singles, losing a gold medal to Serena Williams. Maria continued to play well in subsequent majors and concluded with the 2nd position at the 2013 French Open. Although her shoulder problems again took a toll, and even after a disappointing second-round defeat at Wimbledon, she withdrew from action for the rest of the season. Gaining momentum in 2014, Maria defeated Simona Halep to win her second 2014 French Open and fifth overall Grand Slam title. In 2015, she reached the final of the Australian Open and semi-finals of the US Open, before being ranked No. 4.

However, due to some tough times and doping charges, she did not participate in the tournament until 2017. 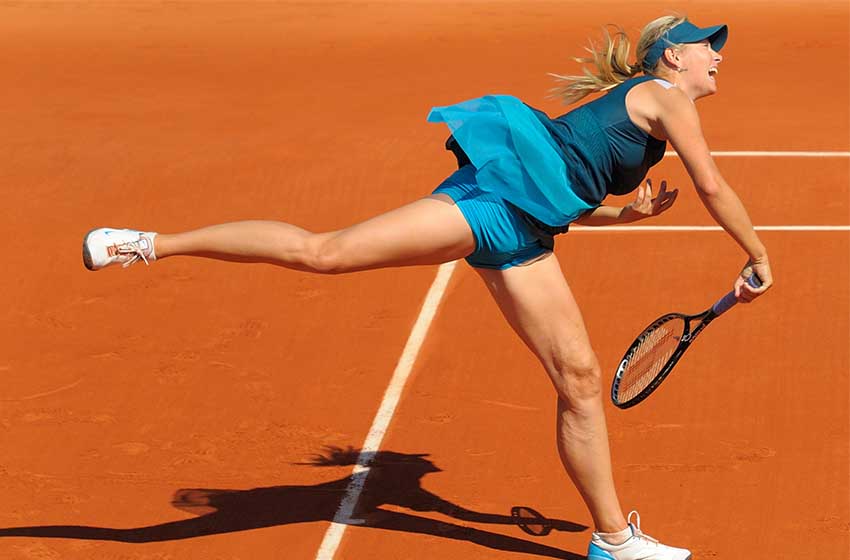 Maria made her comeback at the 2017 Porsche Tennis Grand Prix on April 26. She won her first WTA title after the two years at the Tianjin Open in the same year in October. She struggled to make her way back into the Top 30 in 2018 but her performance in the quarterfinals at the French Open was one of the best moments of the year. The former champion struggled to stay competitive after advancing to the fourth round of the 2019 Australian Open as her performance was hampered by persistent physical issues.

On February 26, 2020, a month after her first-round defeat at the 2020 Australian Open, she announced her retirement through an essay in the Vanity Fair magazine.

One of the keys to my success was that I never looked back and I never looked forward. I believed that if I kept grinding and grinding, I could push myself to an incredible place.

Despite suffering from many injuries during her career, Maria Sharapova is one of the few women tennis players to have earned many accolades and maintained her position in the game. Her performances during the game have earned her nicknames such as Screaming Cinderella and Siberian Siren from the media and press.

Maria also has the distinction of being the first Russian player to rise to the top of the WTA rankings; she accomplished this feat in 2005. Additionally, Maria is one of the only 10 women to complete a Career Grand Slam. Also, she is the third-youngest woman to win Wimbledon, behind Lottie Dod and Martina Hingis.