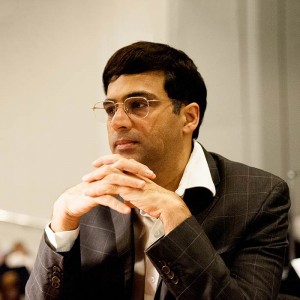 My job is play chess, the game that I love. I achieve what I can in chess. That is what I focus on. Basically, I am always focused on playing the game, and this is important to me.

Viswanathan Anand is a prominent Indian chess player who has reigned the World Chess Championship five times, earning the title of World Champion in three formats- Tournament, Match, and Knockout. Born to Mr. Krishnamurthy Viswanathan Iyer and Mrs. Susheela Iyer on 11th December 1969 in Tamil Nadu, the boy acknowledged his love and a genetically gifted sense of playing chess from his mother, his source of inspiration to pursue the game. After completing his schooling from Don Bosco Matriculation Higher secondary school, Anand went on to Loyola College, Chennai. Through his consistent efforts and curiosity to learn, Anand became professional in chess and at the age of 14, earned the title of National Sub-junior Champion. The following year, he proved his passion worth to pursue chess as a career by becoming the youngest Indian to earn the title of International Master. Anand's firm will to win and perseverance to gain perfection in chess made him the youngest Grandmaster of India at the age of 18 in the year 1988. With this feat, he registered his name in the history of chess.

In 1991, he participated in the notable tournament of Italy- "Reggio Emilia Tournament". He dominated the game there with his sheer ability and after that, kept on winning series of accolades without failing to miss an opportunity, uplifting the Indian flag at international stages. Anand participated at the PCA World Chess Championship of 1995 where he made his best efforts but lost against one of the greatest chess players Garry Kasparov. The year 1998, brought another defeat when Anand lost the final against Anatoly Karpov at the World Chess Championship. But he didn't let failure control his mind, instead learned from them, estimating his flaws. In 2000, he won the title of World Chess Champion, defeating Alexei Shirov. He has dominated the ‘Chess Oscar’ for six times in between 1996-2008. His journey with chess is full of interesting events. One of his notable victories was seen at the World Chess Championship of 2012 where he successfully won the last match only in 17 moves (the shortest decisive game in World Chess Championship history), making everyone shell-shocked.

Anand's calm gestures and focused frame of mind, made him distinguished from others. With each achievement, he bends down a little more. He is kind of a person who is even loved by his opponents for his fair play and polite manner. Indeed, he is an inspiration for the aspiring chess players who are willing to dominate the chessboard at the international level. Anand has registered his name not only in history but also in our hearts that he has won through his simple and calm personality. He believes in giving all his power to passion, with a strong endurance of facing failure and learning through odds which can groom a person better to deserve for his dreams. There is no room for doubt that Anand has raised the game of chess to new heights and registered his name in the history of the game. We all wish him a bright future ahead.