Some people have called me arrogant or believe that is my reputation, which is far from what I really am like.

God of the Off Side, Prince of Calcutta, Sourav Dada. These are the titles that have been given to the man who has aided the national cricket squad for the overseas Test victories, leading the national squad to 11 overseas wins out of 28 matches. In a five years span between 2000 and 2005, Sourav successfully won a special place in the hearts that beat for cricket. He is the seventh Indian cricketer who has celebrated the century of Test matches with overall streaks of 16 hundreds. However, talking about his ODI performance, he has scored more than 10,000 runs including 22 centuries and was the fastest player to do so next to Sachin. Together with Master Blaster, Ganguly holds the world record for the most number of 50-runs (44) partnerships in the first wicket. In 2006, Ganguly successfully led the national squad to emerge victorious against the team of Pakistan in a Test series and is the only Indian cricketer to do so. He has set an example of an impartial, practical and flexible captain who has always pushed his players to give a better performance, changing the face of an ideal captain in people’s minds. Ganguly along with Sachin and Dravid has made it possible to uplift the stature of the Indian Cricket Team, especially when playing away from home. His belief on self and that the national squad could do better has proved to be fruitful to have successful streaks of overseas victories. His impact has boosted up the morale of new players in the team. Although many critics have spelt him as a captain who wants to lead the team with his own rules, but what made him unique is that his decisions have helped to relieve the fear of defeat in players for overseas matches.

Born in an affluent family of Kolkata to an accomplished businessman Chandidas Ganguly and his wife Nirupa Ganguly, Sourav is younger amongst the two sons of the family. Initially, he was much fascinated with the kicks and goals bagged at the soccer field and showed a little interest in cricket bat. But steadily he fell in love with the game and with the support of his brother Snehasish; convinced his mother (who wanted him to focus on academics more than sports) to let him join a cricket academy. He was so much involved in the sport that to practice, he used his brother’s kit who was a left-handed batsman in spite of being a right-handed fellow and thus became a left-handed batsman. He polished his batting skills by impersonating the style of former cricketer David Gower. He also had a high impact of Allan Border, Kapil Dev, Mohinder Amarnath and David Boon. With his sheer ability to perform off-side, he has completely commanded over the square cut, square drive and cover drives.

After giving remarkable domestic performances, Sourav’s big day came when he got the opportunity to perform during India’s tour of England in 1996. There, he scored 131 runs, being only the third cricketer to hit a century on debut at Lord’s and went on giving significant contributions in the victories against Pakistan, Sri Lanka and Australia, breaking all the stereotype mindsets and creating new records with his bat predominantly on the off side. Sourav married his childhood friend Dona Roy at his career peak in February 1997 and got back to rule over the cricket pitch. He scored his maiden ODI century the same year and aided the team with 113 runs against Sri Lanka. That year, Ganguly was entitled as the Man of the Match four times in the Sahara Cup with Pakistan and proving his existence worth for the Indian cricket team. 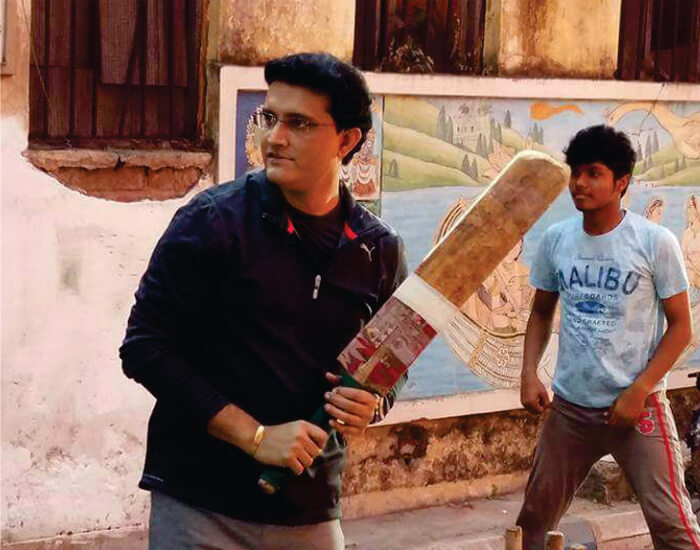 Ganguly was crowned as the Captain of the Indian national squad in 2000 and led India to a series win over South Africa in a five-match one-day series. He also showed his captaincy brilliance by leading the team to the finals of the ICC Knockout Trophy of the year. Meanwhile, Ganguly’s princely attitude has been considered as his drawback, causing controversy and getting remarked by other prominent players, officials and critics such as coming late at the pitch for a toss, getting off his shirt during the NatWest Series of 2002. But, his on-field performances were good enough to aid the team with significant wins, uplifting the stature of India at overseas games. In 2003 India reached the World Cup finals for the first time since 1983. Although the destiny favoured team Australia yet Ganguly’s 465 runs with an average of 58.12 left an unforgettable impact on the minds of cricket lovers all across the world.

You are anxious before every game because you had to win it. If you didn't you went down the ladder. I felt proud of the way we beat some teams in tough games.

In 2005, he was dropped from the team, and the captaincy was passed to Dravid having seen his performance being deteriorated, but Ganguly decided not to end up like that and made a prolific comeback. However, his disputes with Greg Chappell, the then Coach of the national squad led Ganguly’s as well as team’s performances falling apart at the international pitches yet he succeeded in making a comeback in the test team with a modified batting style and aided the team to victory over South Africa. The same year, he scored his maiden double century while playing against Pakistan and remain prolific in Test as well as ODI cricket.

The following year, Ganguly captained the IPL team of Shahrukh Khan, Kolkata Knight Riders and in October, announced that he would retire from Test matches after playing against Australia. He participated in every four-Test series, accumulating 324 runs at an average of 54.00. The then captain, Mahendra Singh Dhoni, invited Ganguly to lead the match to win the Border-Gavaskar Trophy. In August 2009, Ganguly was appointed the chairman of CAB's Cricket Development Committee and finally bade a farewell to the game in 2012 after captaining Pune Warriors of IPL. The following year, he was honoured with the Banga Bibhushan Award by the Government of West Bengal. 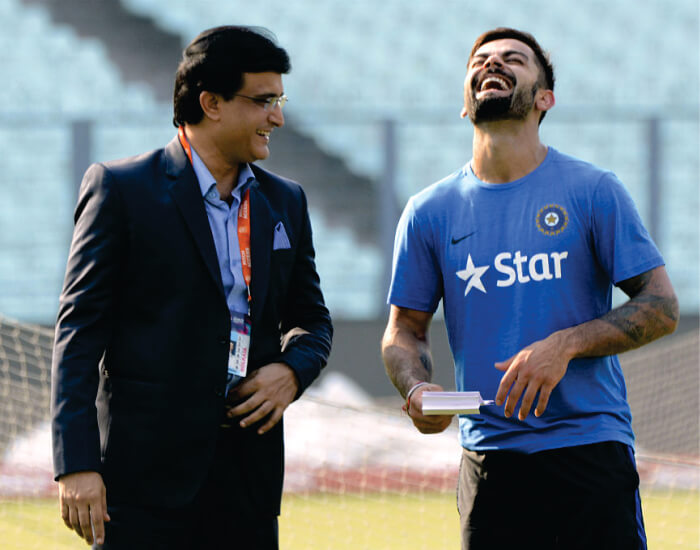 To date, Ganguly is regarded as one of the most successful Test captains India ever have. Throughout his active career, he has been a prolific left-handed batsman in ODI format and uplifted the ranking of the national squad from eight to the second position under his tenure. Although his gestures have been more considered as his arrogance but, he has always worked up as an excellent mentor to the new players, nurturing them to face the most typical game strategies and helping them to improve in their strengths. He has well-played each of his role in the life-a cricketer, a captain, a teammate, a businessman, a father, and that too just like a “Maharaja”.