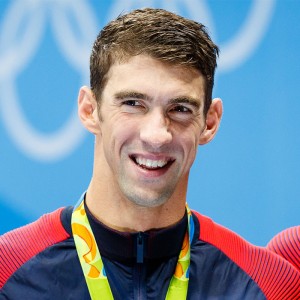 I think goals should never be easy, they should force you to work, even if they are uncomfortable at the time.

Michael Phelps "The flying fish" is one of the most decorated Olympic swimmers of all times, who has earned numerous accolades in swimming, creating various records and surpassing the previous ones. A former competitive swimmer from the United States of America who has made the world shell-shocked through his swaying performances in water with distinct style to propel forwards, leaving the fellow competitors far behind.

With his intense focus and competitive attitude, he has been able to add numerous records to his name. The reason behind his success is not only his physique but his crave to achieve victory in each of the events he is participating. 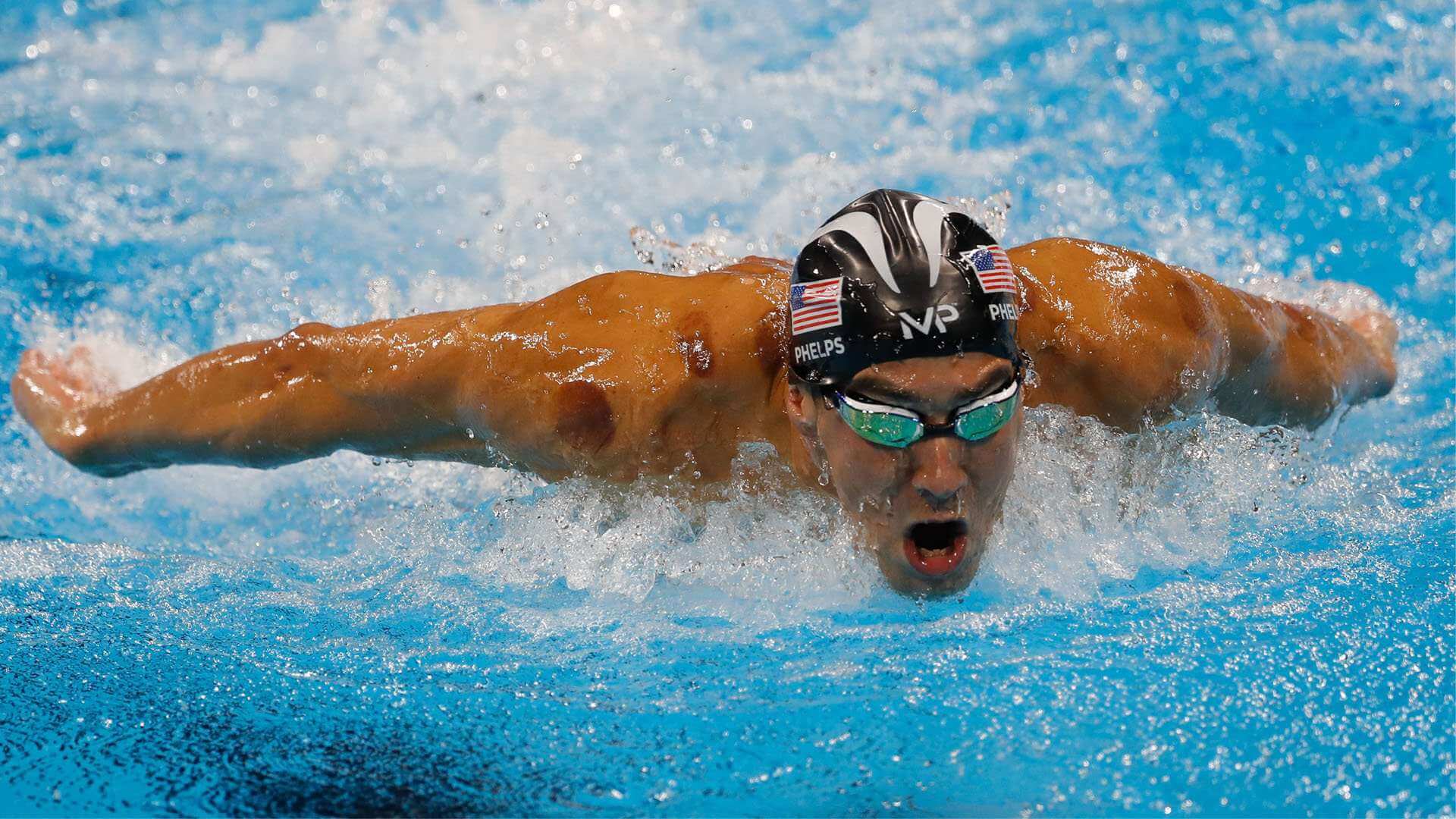 Michael Phelps was born on 3rd July 1985 in Baltimore, Maryland, U.S., as the youngest child of Deborah Sue Phelps and Michael Fred Phelps. The boy inherited love for sports from his father and was encouraged by her mother for swimming. At the age of seven, he started his swimming classes along with siblings. During his childhood, Phelps has seen many ups and downs which were unusual at that age, but that was what made him stronger to fight against all odds. At the age of nine, he was diagnosed with ADHD (attention hyperactivity disorder). In spite of all this, when he was only 10, Phelps set a national record in 100m butterfly event.

Phelps got much influenced by the performance of Olympians Tom Malchow and Tom Dolan at the Summer Olympics of 1996. Post that, Phelps was determined to lead the world of swimming and started learning techniques under the tutelage of coach "Bob Bowman". In 2001, at the World Championships, he broke his own record, clocking 1:54:58 seconds and bagged his first international medal. At 17, Phelps set five world records that depicted a promising future in the swimming world.

In 2012, the swimmer took retirement from the sport with a commitment to come back. Phelps fulfilled his promise through a dynamic performance at the Olympic Games of 2016 where he cemented his position in 5 Olympic teams (being the first American to earn the credit) and clinched one silver and five gold medals at the quadrennial event. With this triumph, Phelps became the oldest individual gold medalist, and the first swimmer to have earned four consecutive gold medals at an event.

At present, Phelps holds swimming record in 12 age groups and has won 28 Olympic medals, a record for the most number of medals in the history of Olympics that surpassed the swimming records of Mark Spitz, one of the world-class swimmers. The boy once scared of dwelling into the water during his introductory swimming classes, mastered in backstroke technique, earning numerous accolades and setting various records. This young man has proved through his achievements that there is nothing but perseverance that leads one towards destiny.

Phelps has faced many hardships both in professional as well as personal life but never bow down in front of fate. Instead, he confronted all odds and emerged as a winner. Phelps always believes in competing with himself withholding the spirit of sportsmanship during each of his race. His unstoppable energy and ‘never say die’ attitude has made him what the world sees him today. He gives all the credit for his success to constant practice, his coach Bob Bowman, and the inspiration that he receives from his dear ones.

With each medal that he earned, he created a record, making him an ideal for the budding swimmers. The man never let his personal issues interrupt his career and tried his best to sustain at the peak of his sport. His dynamic success at the Summer Olympics of 2016 was a proof of what Phelps believes, "Winners focus on winning, losers focus on winners". Phelps has co-founded a non-profit organization that holds camps for swimmers belonging to all age groups. He has also narrated two books- "Beneath the Surface: My Story" (2008) and "No Limits: The will to succeed" (2009).

Within a short span of his professional career, Phelps has earned a distinguished place in the swimming world which is hard for others to achieve. Even after taking retirement, he is linked with his sport, encouraging the young budding stars to swim for success being an ideal to follow. We all wish him a bright and healthy future ahead that may inspire the world as he has done until now.