Will Neeraj Chopra's Gold Spark a Sporting Revolution in India? 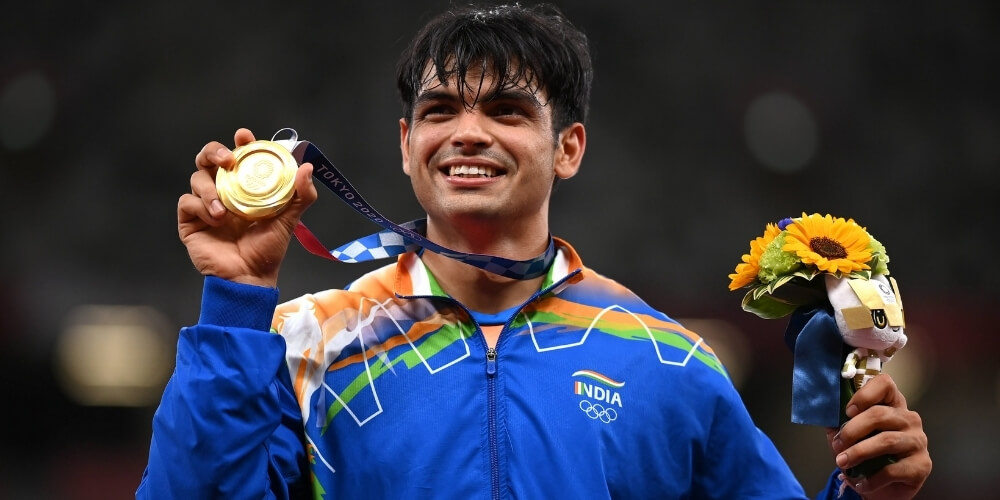 India has finally won an athletics medal, making it a number that India will never forget. And at the Tokyo 2020 Olympics, Haryana’s Neeraj Chopra made it possible by winning a gold medal in the javelin throw, ending a 121-year drought in athletics to break the Indian Olympic curse in athletics.

When Chopra’s Hall of Valor javelin flew up, more than one billion Indians waited anxiously, with prayers in their mouths. Chopra scored 87.58 meters in his first attempt.

Chopra dreamed of a gold medal when the bronze medal in track and field could have been good. The moment he first released the javelin, he knew he had won the gold. And Chopra didn’t break any records; he created one.

After the heartbreak in Rome in 1960 and Los Angeles in 1984, Milkha Singh and PT Usha almost missed track and field medals, and the responsibility fell on Chopra, and the whole world knows what happened on 07 August.

“It feels unbelievable. It is the first time India has won a gold in athletics, so I feel very good,” Chopra said after winning the historic gold medal.

Germany’s Johannes Vetter claimed that Chopra could not beat him at the Olympics because, for him, throwing 90m is like riding a bicycle in a park. But the German giant was destroyed on D-Day. The last to laugh was young Chopra, who did not look like a smiling assassin. 07 August was the day of Neeraj Chopra, which now belongs to him.

With the massive throw of 87.58m, Chopra demolished the over-confidence of Vetter, and the world’s best javelin thrower went home without winning an Olympic medal.

The Panipat boy was destined to script history. Chopra is only the second Indian athlete to win an individual gold medal after Abhinav Bindra and the first Indian to win a track and field medal at the Olympics since independence.

The golden moment after the hockey bronze medal is truly historic in Indian sports.

Still processing this feeling. To all of India and beyond, thank you so much for your support and blessings that have helped me reach this stage.
This moment will live with me forever pic.twitter.com/BawhZTk9Kk

The Indian flag will now be hoisted high in world athletics, which is the backbone of all Olympic disciplines. Chopra’s golden game propelled India to the best-ever Olympic record with seven medals, adding one more than six at the 2012 London Olympics.

The performance in Tokyo made India believe in itself and dream big. India will no longer be content with a bronze or silver medal; young India no longer wants to go astray.

It’s time to start working hard to consolidate Tokyo’s performance as the new India cannot be satisfied with seven Olympic medals. Orissa cannot be allowed to spend tens of millions of rupees on hockey alone. Sports promoters have a responsibility to go beyond cricket.

Let Chopra’s gold spark a sports revolution across the country, not just in the northeast or Haryana.

Let our village school grounds, akharas, ponds be the starting point in India’s quest to become a hub of sports powerhouse.

We just can’t let go of this dream.

Let’s go for the glory.