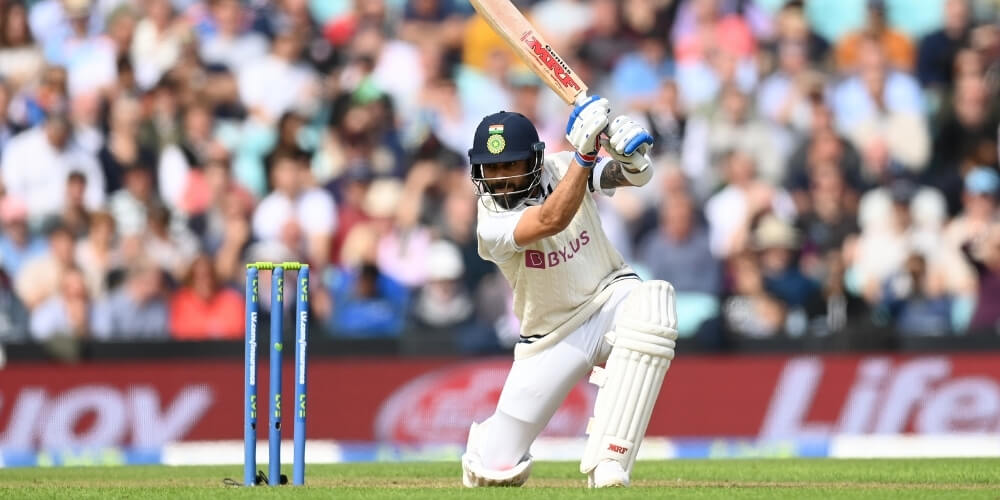 Despite the long absence of noteworthy high scores in test cricket, it isn't easy to keep India captain Virat Kohli away from the record books. On Thursday, Virat Kohli became the fastest batsman to reach 23,000 runs in all formats of international cricket, surpassing Sachin Tendulkar and Ricky Ponting.

On a cloudy morning in London, England won the toss at The Oval and pushed India to bat on Day 1. The Indian captain reached the milestone in his 490th inning, with a brilliant on-drive off his main tormentor, James Anderson, during the first session on Day 1 of the ongoing 4th test match against England at The Oval Stadium.

Apart from Kohli and Sachin, the only Indian who has achieved more than 23,000 international runs is Rahul Dravid.

The 7th Batsman to achieve the feat

Kohli is only the 7th batsman in international cricket history to achieve the feat. Kohli is also the third-highest run-scorer across all formats for India, behind only Sachin Tendulkar (34357 runs) and Rahul Dravid (24208 runs).

The test series is currently level at 1-1, with Joe Root leading the England team to a huge victory in the third test. The hosts won by an innings and 76 runs, and their captain smashed the classy century. Root scored 121 runs in 165 balls during his team's first innings.

India had previously won the second Test at Lord's after the first match at Trent Bridge ended in a draw.

Only 7 cricketers in history have been able to pass the 23000-run mark. 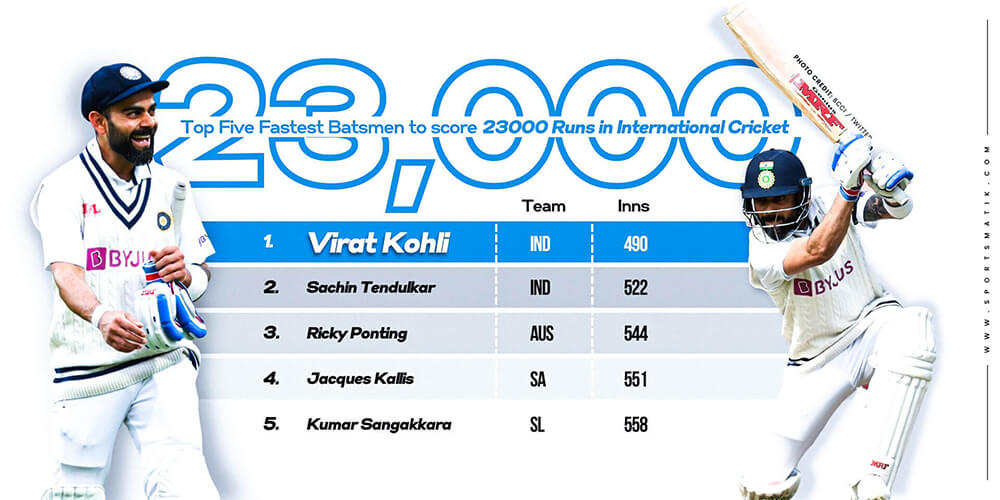