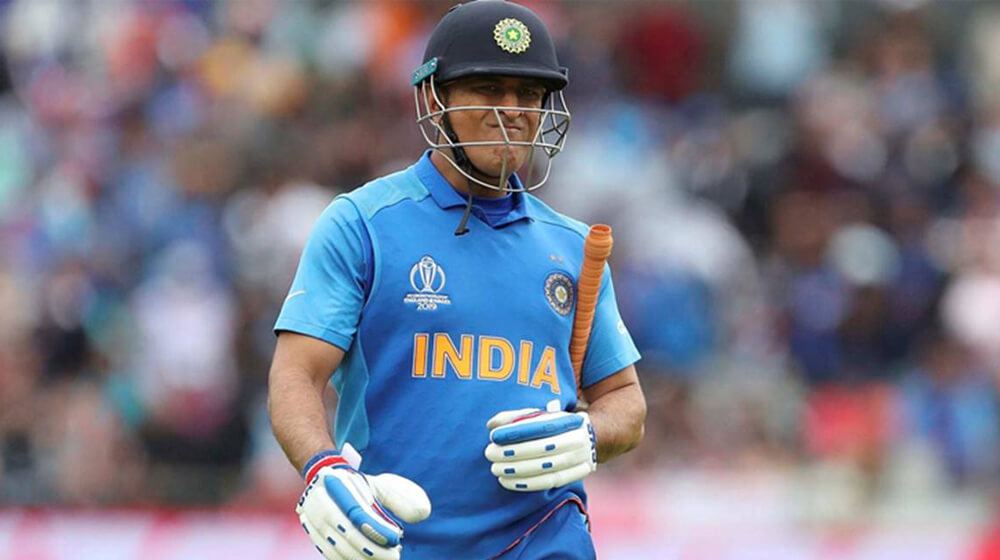 Everything was absolutely normal before 1929 (7:29 PM) of 15th August as MS Dhoni ended the speculation about his future by announcing his retirement from international cricket at 07:29 PM on 15th August.

His exit from Test Cricket in 2014 was also a low-key affair, just it just a day after playing in the Boxing Day Test Match against Australia. There was no big press conference or other hype surrounding it. In 2017, he resigned from the limited-overs captaincy, again without generating much enthusiasm.

He ended his 16 glorious years in international cricket on Saturday, via his Instagram account at exactly 7:29 PM IST, and it is not surprising that Lieutenant Colonel chose India's Independence Day - 15th August to make the big announcement of his retirement.

"Thanks a lot for ur love and support throughout. From 1929 hrs consider me as Retired."

The video showed the international journey of Dhoni from breaking into the national scene, setting records, playing memorable knocks, winning trophies and getting run out in his last match for India. Minutes later, Suresh Raina also announced his retirement from all formats.

Dhoni did not play for India after the team was eliminated in the 2019 World Cup semi-finals against New Zealand. Despite the fact that it has been more than a year since Dhoni played for Team India, and speculations about his future in the sport have been circulating ever since, fans were still hoping to see him one last time in the blue jersey of India. But the coronavirus pandemic has thrown his plans down the drain and forced him to retreat a bit earlier than he thought. The postponement of the T20 World Cup 2020 probably played a role in his decision as well.

One thing that caught everyone's attention was Dhoni's emphasis on 19:29. People wondered why Dhoni had announced his retirement at exact 19:29.

"From 1929 consider me as retired," Dhoni stated on his Instagram post.  However, his fans are speculating and started searching the reason as to why MS Dhoni decided to leave international cricket at 19:29 on India's Independence Day.

Some believe that Dhoni decided to retire at '19:29' hours as it was the exact same time when India lost the World Cup semi-final match to New Zealand in 2019, which was also his last international match.

While others pointed out that 1929 is an "Angel Number" that brings a message that you have completed an important phase or cycle in your life and that it has stopped the way of doing and getting projects done.

Although MS Dhoni's manager - Mihir Diwakar, said that his career was for India and he is a true patriot so, there could not have been a bigger day than this to say goodbye to the game internationally. He also revealed that there was an ongoing discussion about his retirement but the date had not been set. He also said that Dhoni's main priority now is the IPL.

Suresh Raina has also revealed that he found out about Dhoni's decision to retire when he arrived in Chennai. He went on to say that they hugged and cried a lot after making the announcement, and then partied with his CSK teammates. Raina told Dainik Jagran that -

"I knew Dhoni would announce his retirement upon reaching Chennai, so I was ready. I, Piyush Chawla, Deepak Chahar and Karn Sharma reached Ranchi on 14th with the chartered plane, and picked up Mahi bhai and Monu Singh. After announcing our retirement, we hugged and cried a lot. I, Piyush, Ambati Rayudu, Kedar Jadhav and Karn sat together after that, talked about our careers and our relationship. We partied during the night."

Dhoni's jersey number is '7' and Raina’s jersey number is '3' in the Indian Cricket team. If these two numbers are combined, it becomes 73, the same number of years which our nation completed after independence. Even Suresh Raina responded to the tweet of his retirement by posting the Indian flag emoji.

After retirement, these Indian stalwarts will be seen playing together for CSK, starting on September 19, where they will face Mumbai Indians. Originally, the IPL was scheduled to take place in March but was postponed due to the coronavirus. Now the tournament will be held in the UAE.

Without the presence of MS Dhoni, it would be difficult to see Team India as now the captain cool has retired and he will no longer play international cricket. Social media was full of tribute posts for the legendary Indian captain, and fans expressed their heartfelt thanks to MS Dhoni and wished him luck for his future endeavours.