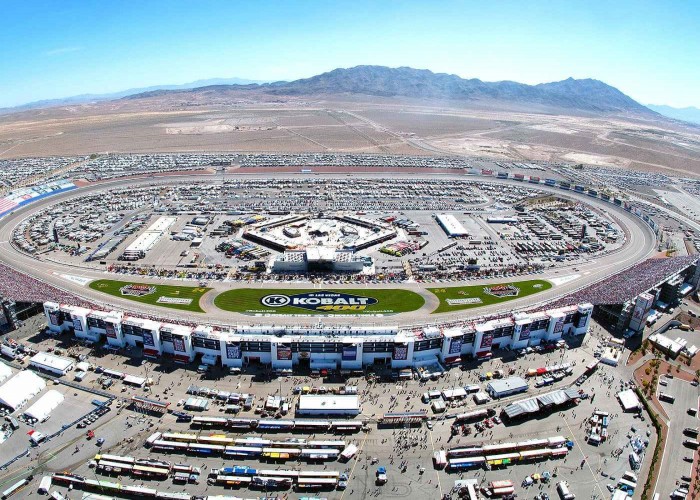 Las Vegas Motor Speedway is a much-publicized motorsport facility, located in Clark County, Las Vegas, United States. It is about 15 miles northeast of the Las Vegas Strip. The complex consists of multiple tracks for motorsports racing and is about 1,200 acre (490 hectare).

Speedway Motorsports, Inc. owns the complex and was formerly called the "Las Vegas Speedrome". It was opened in 1972 and the speedway is much-publicized for hosting NASCAR Series such as Kobalt 400, Boyd Gaming 300, and Las Vegas 350.

In 1971, after the closure of the Stardust International Raceway, plans of new racing were developing in Las Vegas. The new facility was selected in 1972.

Alexander Rodriguez leased the facility from the City of Las Vegas and constructed more 3/8 mile short track in 1985.

In 1989 Ralph Engelstad of the Imperial Palace purchased the track and renamed the facility as Las Vegas Speedway Park. With contribution of 72 million US dollars from William Bennett of Sahara Hotel opened a new speedway on the same site.

In 1998 Speedway Motorsports purchased Las Vegas Motor Speedway from the Engelstad and Bennett for 215 million US dollars. Chris Powell was named the general manager and president of speedway.

The tracks of Las Vegas Motor Speedway are as follows:

Other events than Sports