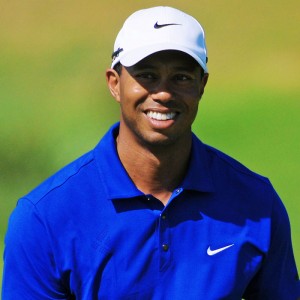 No matter how good you get you can always get better, and that's the exciting part.

Here we have one of the best known and most accomplished athletes of the era. The man who has raised the stature of Golf with his sheer and undisputed performances- Eldrick Tont Woods. He was given the name as Tiger in the honour of his father's fast friend, but he took his title seriously to rule the world of Golf, and it has never been a coincidence to get in Golf; he was born to live it in that way.

The only child of Earl Woods, a retired lieutenant colonel of the U.S. Army and his wife Kultida; Eldrick Woods has the love for golf since he was 6 months old. His father gave him the nickname "Tiger" after his fast friend Vuong Dang Phong who was a Vietnamese soldier and to who he used to call "Tiger". Tiger used to watch his father playing Golf and often impersonated his style of play. But, who knows that one day the world will try his style of play.

Regarding his religious belief, he was raised as a Buddhist and has a firm belief in it. At the age of 2, he appeared in the prestigious The Mike Douglas Show, putting with American stand up comedian Bob Hope. Tiger's bright future was assured when he shot 48 for nine holes at his 3rd spring of life and was featured in the prominent monthly magazine Golf Digest at the age of 5.

Tiger played in Los Angeles Open in 1992 when he was only 16. He tied for 34th place in the 1994 Johnnie Walker Asian Classic in Thailand. During his graduation phase at Stanford University, he won 10 collegiate events. Before turning to a pro golfer, Woods accumulated six USGA national championship titles and also won his third consecutive U.S. Amateur title with record 18 consecutive match wins. Following a week, Tiger played his first tournament as Pro in Greater Milwaukee Open. In 1997, Woods claimed the winner title in four PGA Tour events and one overseas title, and lead his way to become the youngest-ever No. 1 golfer being 21 years, 24 weeks.

In 1999, Woods won on the PGA Tour eight times amongst which four were consecutive wins and went for eye surgery the same year. The year 2000, came as another fortunate year for Tiger as he dominated 11 golf events including the PGA Golf Championship again and became the first player to earn the feat in consecutive years since 1936. In 2002, he again won five times on Tour and became the leading money winner of the Tour for the fourth consecutive year. In a span between 2003 and 2006, Woods won 20 times and dominated four majors. 2006 went on with another PGA Championship with five strokes. It was a significant win after his father's demise.

Meanwhile, where Woods was involved in delivering historic performances on the golf pitch; the world of sports bestowed him honours that he rightly deserved. The famous sports magazine "Sports Illustrated" selected him as the Sportsman of the Year in 1996 and 2000. He is the first sportsperson to have the honour twice. The French nationwide daily newspaper "L'Équipe" entitled him as the World Champion of Champions in 2000.

I mean, as an athlete, as a competitor, you have to have that belief in yourself.

We all know that Tiger has the potential to rule and so he does. Apart from golf, he likes working out, water sports, fishing, car racing, and boating. He has written golf column for the "Golf Digest"  from 1997 to February 2011. In 2001, he wrote a golf instruction book "How I Play Golf" in which he expressed his golf experiences and a fine sketch of his career graph. In 2017, he published a memoir "The 1997 Masters: My Story" centralised on his first Masters win. His skills in golf have made him one of the wealthiest sportspersons in the world. According to the report of "Forbes", Tiger was the world's first sportsman to earn over a billion dollars in his career span. To promote his sport, Woods and his father established the TGR Foundation in 1996. The foundation sponsors the Tiger Woods Foundation National Junior Golf Team and has also conducted the junior golf clinics pan the country.

Today, Woods is regarded as an ideal by many aspiring golfers to pursue glory and script their name in history just like he did with his sheer ability to deliver longer drives. He always focuses on the development of the game through his performances and dedicates to work on possible aspects of improvements. All in all, it is nothing like an exaggeration that Woods has raised the level of playing golf by delivering historical performances every time he stands with his golf stick in all his absolute way.