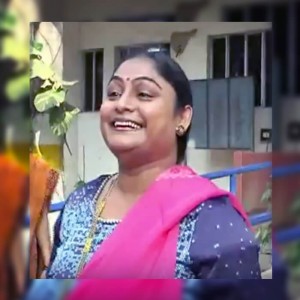 There were times when weightlifting was considered as a man's play in India, but the illusion was shattered by an Andhra girl in 2000 when she bagged India's first Olympic medal in women's weightlifting and scripted history. Yes, we are talking about Karnam Malleswari; who although has bidden a bye to the sport, yet her phenomenal journey as a weightlifter will always be chanted as an inspirational anecdote. It was her, who denied to carry on all the crappy cerebration of the society and decided to train in weightlifting and that too at the age of 12 and rest is a legend in itself. Although Karnam's sports career is now at rest and she is devoting her time to her family and other jobs, yet the scintilla that she has ignited will always strengthen the knit and grit of girls not only in India but all over the world.

Karnam was born in Voosavanipeta, a small village of Andhra Pradesh and groomed up with four siblings. She started her training under the guidance of Neelamshetty Appanna at the age of twelve. When other girls were learning to tie up their plaits properly, Karnam was trying to lift heavy barbells, strengthening her biceps. Karnam along with her sister Krishna Kumari switched to Delhi for better opportunities for her passion where her grit was spotted by the Sports Authority of India that paved her way to join the national camp in 1990. After three years, Karnam won a bronze medal at the World Championship and post a year in 1994, became the World Champion, the feat she replicated the next year. Besides this, Karnam also bagged medals at various international stages with her power-pack performance including the World Championships, Asian Games and other national and state championships. In 2000, Karnam qualified for the biggest stage of sports-Olympics and she eventually scripted her name in the history by crediting the nation its first and only Olympic medal (bronze) in weightlifting.

In 1997, Karnam married to her fellow weightlifter Rajesh Tyagi. The Government of India honoured her with Rajiv Gandhi Khel Ratna award and Padma Shri in 1999. She became the mother of a son in 2001 after which she was supposed to quit sports, but Karnam denied it all and prepared hard for the 2002 Commonwealth Games. But this time, destiny was not in her favour, and she had to withdraw her name because of her father's demise. Karnam didn't lose her will to perform and participated at the 2004 Olympic Games but failed to score and bid farewell to the world of sports. At present, Karnam is happily serving the Food Corporation of India as the Chief General Manager (General Administration). Although it has been many years of retirement yet, Karnam has the same will and passion for encouraging sports in the nation and wants girls to perform beyond expectations. India is really proud to have her who never failed to uplift the stature of the country through her gifted talents in weightlifting and donned the colours of victory with all her sincere efforts.