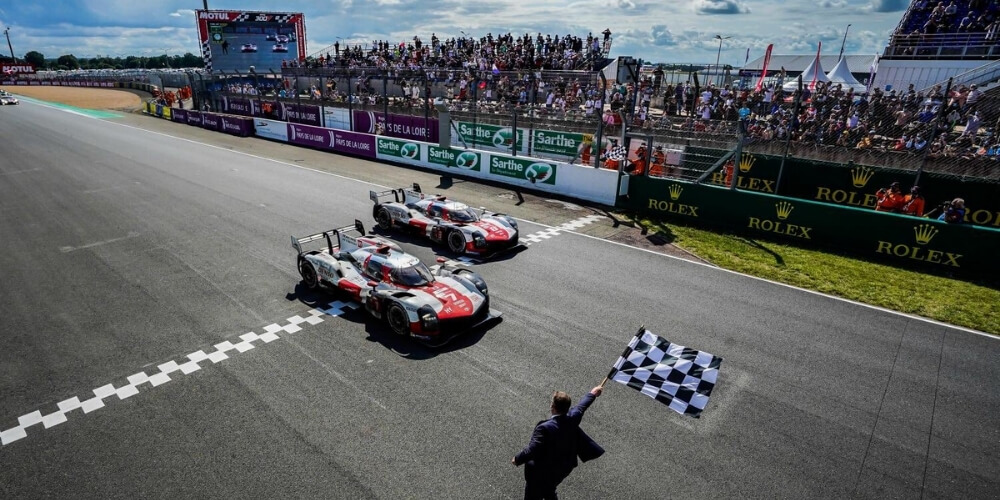 The second Toyota car with Kazuki Nakajima, Sebastian Buemi and Brandon Hartley came in second. After 1,440 minutes, 370 laps, over 5,000 km and 33 pit stops, the trio drivers of Toyota’s number seven car has finally achieved good results after years of failure with their sister car.

Shortly before the finish line, Nakajima neatly overtook Kobayashi in the lead car to ensure that they crossed the finish line almost at the same time, even though two laps separated them in classification.