The Emerging Sports Stars of India 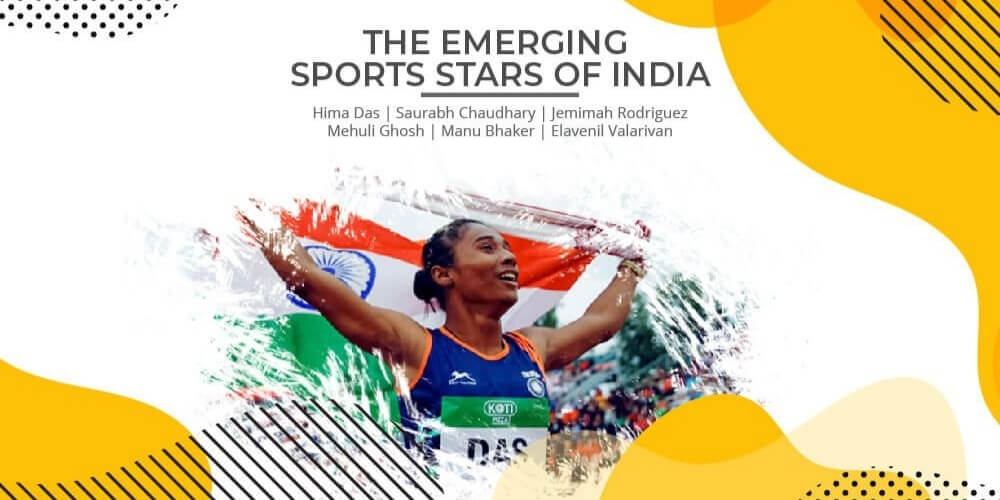 The history of Indian sports has always been enriched with the knacks and achievements of potential players. They have not only dominated the stages of sports they know very well, but also the sports they were not much aware of earlier whether it's basketball, volleyball, gymnastics, cricket or soccer.

And, here we have the present generation; full of energy and enthusiasm to touch the glorious sky of success.

Wanna know about them? Here you go... 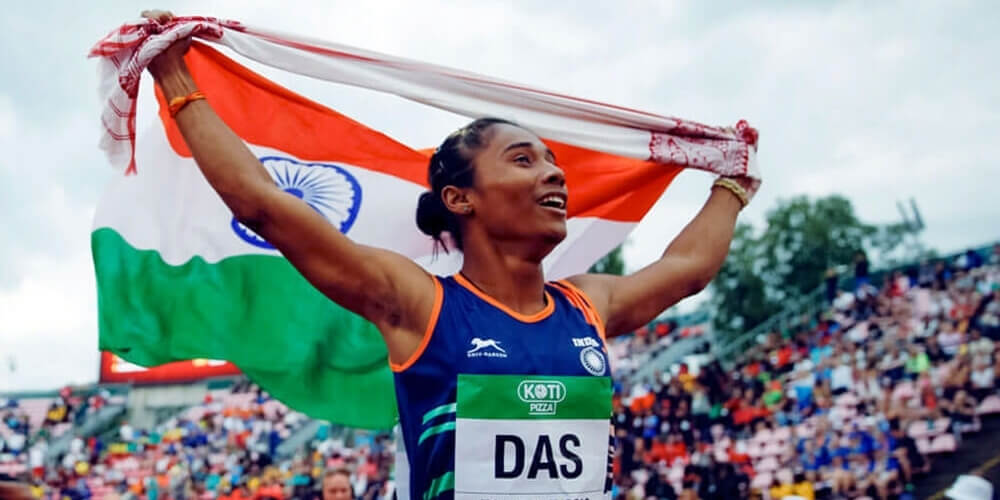 Hima Das, the "Dhing Express" of India is the new pace of sprint. This 19-year-old teen has already held the national record in 400 metres with an amazing timing of 50.79 seconds.

Born on 9th January 2000 in a village of Assam, Hima grew up facing the hurdles of life, with her farmer-parents Ronjit and Jonali Das and four siblings.

In spite of all the hardships, she refused to bow down in front of adversities. She made a heroic attempt by winning 5 gold medals in a month. She is the first youth ambassador of UNICEF India, affiliated with them since 2018.

For Hima's appreciable performances on the track, she has also been conferred with the Arjuna Award on 25th September 2018. At present, Hima is the proud name every Indian has in the heart and hope in the mind to rule the world of athletics. 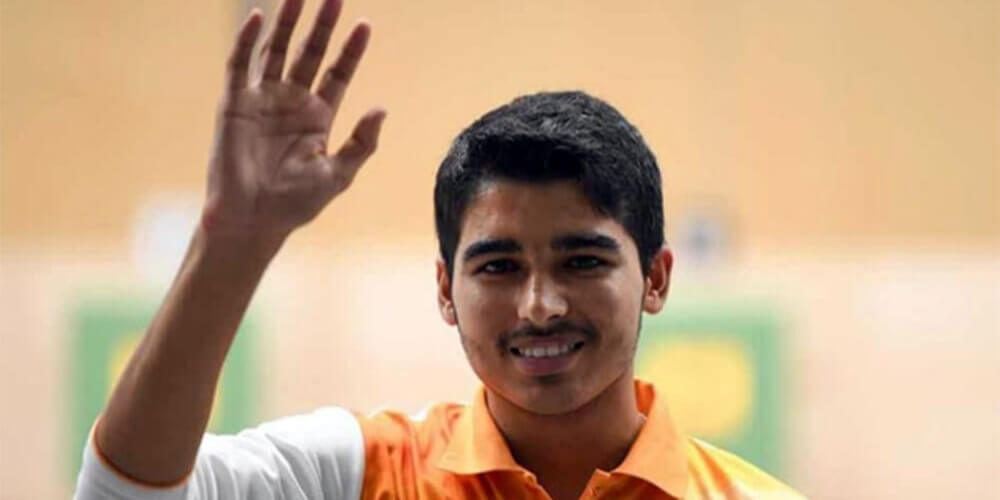 The shooting sensation of India, Saurabh Chaudhary. This hawk eye of India is just 19 years old and has added numerous medals and records to his tally.

He was born on 12th April 2002 in Meerut in the family of Jagmohan Singh, a farmer and mother Brajesh Devi. Saurabh began the game of precision at the age of 13, and within a few years, portrayed his potentials at the international shooting stages.

Being the World Championships, Asian Games or the Youth Olympic Games, this shooting champ has the charm to bring fire on the stage and win it big. 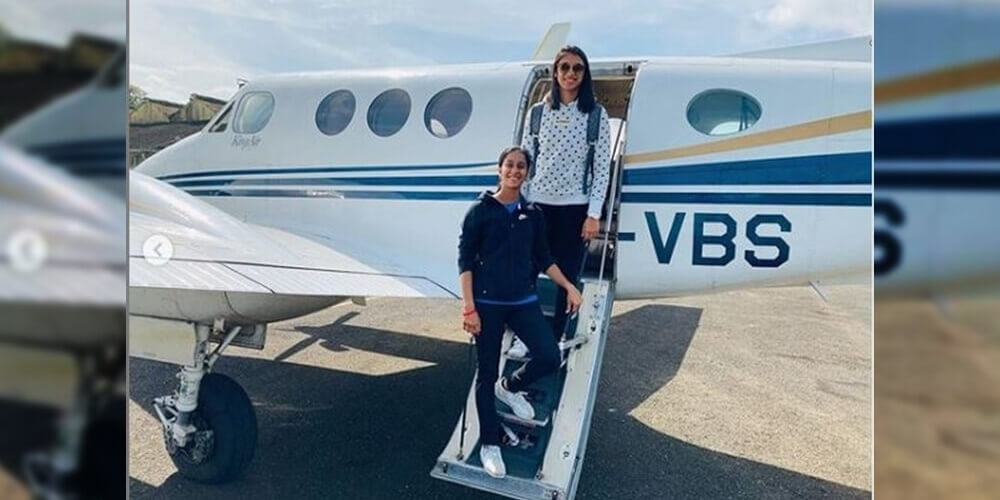 This 19-year-old cricketer and hockey player is the upcoming star of the Indian Women's Cricket Team.

Born on 5th September 2000, in Mumbai, Jemimah is a part of a sports-centred family. Her father was a Coach in her school, and she used to practice bowling with her brothers.

At the age of 13, she started her cricket career, becoming a part of the Under-19 State Cricket Team and that was from where she didn't turn back.

An all-rounder and a hard hitter, she had already played 25 T20Is with a total of 608 runs and 10 ODIs in which she secured 186 runs. Looking at her potentials, one can surely portray her sports career that may become an inspiration for the other Indian girls.

Lakshya Sen belongs to a badminton family and has shuttler genes, where his father Mr D.K. Sen is a National Coach, his elder brother Chirag Sen is also an international badminton player, and that's from where he sought inspiration to go for his sport.

In the year 2017, the young shuttler clinched the no.1 spot in the BWF World Junior ranking. This is just the beginning. The quest is on its pace! 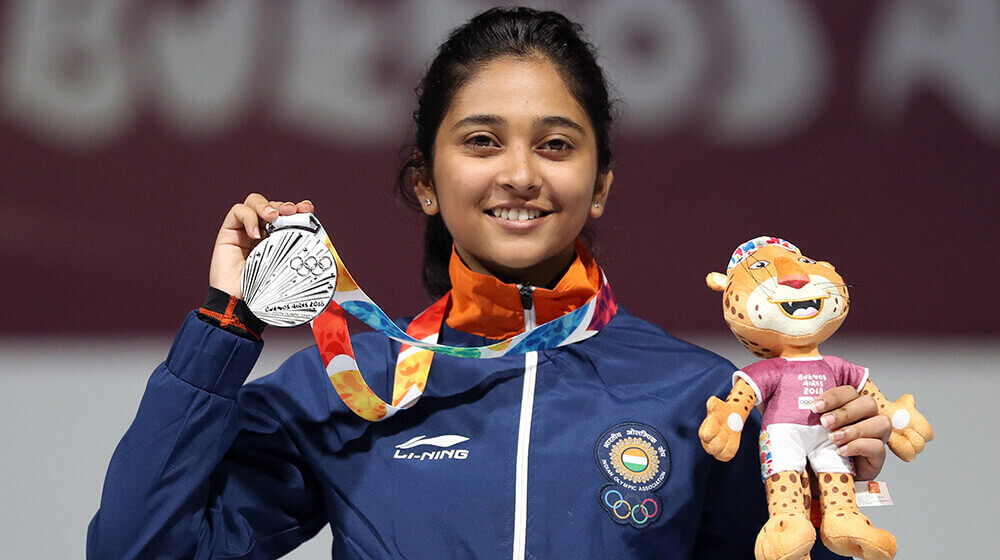 With her much-appreciating silver medal win at the Commonwealth Games, Australia in 2018, the rifle princess Mehuli has proved her strong potency and precision in the sport of shooting.

Born on 20th November 2000 in Hooghly, she was mentored by the former shooter Joydeep Karmakar. In 2016, she received two gold medals in National Championship in Pune that gave her a vast hope to go for her bigger dreams.

The way she is dedicating her sweat and blood to train for the international stages, she is no more away to the victory rainbows. She is continually breaking the odd perceptions of stereotypes with her gritty performances and has been seen as the next shooting star of India. 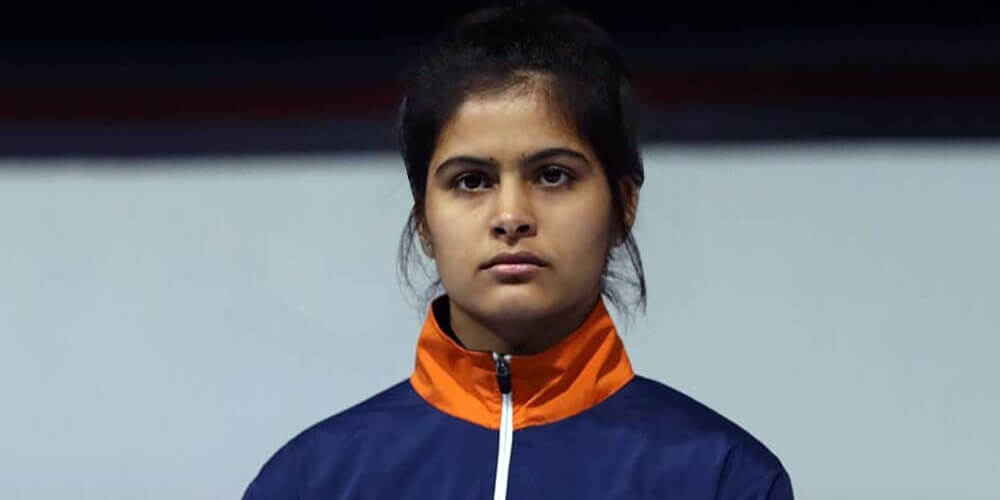 The youngest Indian shooter to win a gold medal at the ISSF World Cup - Manu Bhaker. She is one of the finest shooters in India who is seen with a big hope to compete with the PROs of shooting.

Not only in shooting but Mehuli has excelled in many sports such as martial arts, boxing, tennis etc. Manu sought inspiration to go for the glories in sports from her grandfather, late ch. Rajkaran Saheb, who was also a great shooter.

The hobby that took birth in a small shooting range turned into a passion with Mehuli's firm determination. Till now Manu has competed with many prominent shooters and even broke their sturdy records.

A jubilant shooter and an upcoming rising sports star. Elavenil was born on 2nd August 1999, in Tamil Nadu. Her performance has always been a centre of attraction.

At the age of 20, she has established a world record by scoring 631.4 in the 10m air rifle shooting category.

Wait, wait! This is not the end of the list.

The Indian youth is turning their interests into more sports and giving us plenty of reasons to feel proud. Indeed, India will notch up the medal tallies of international competitions with these potential players and that day is not far away.

By the way, who's your favourite one?