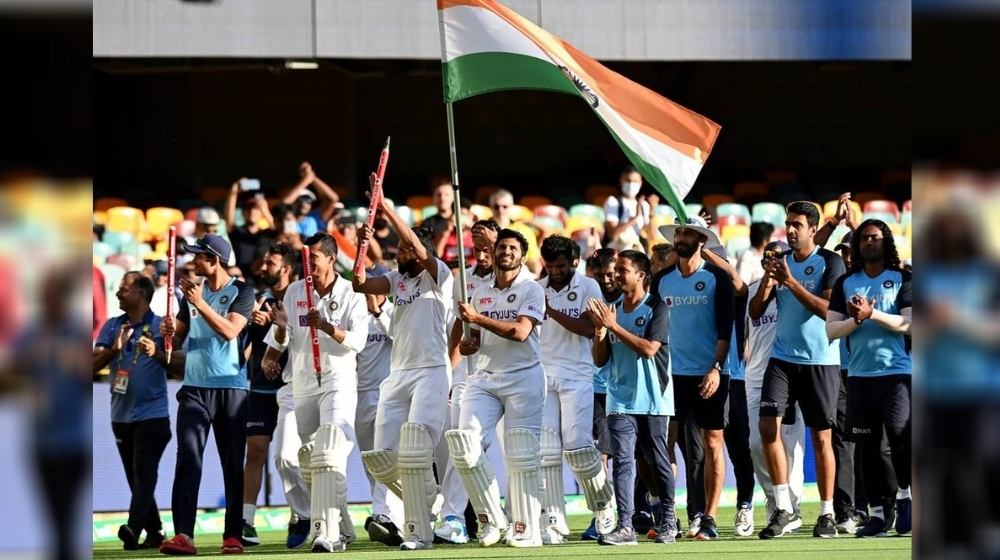 For the Indian team, it was a day of double celebration. They won the series 2-1 and retained the Border-Gavaskar trophy and rose to the top of the points table in the ICC World Test Championship. India achieved a historic three-wicket victory at Gabba on Tuesday as they defeated Australia in the fourth Test, thanks to Shubman Gill's (91 runs) and Cheteshwar Pujara's (56 runs) outstanding knock in the second innings.

However, wicket-keeper Rishabh Pant scored an unbeaten 89 runs to steal the show, leading the team to the finish line and helped India realize its dream of an outright series victory.

On the final day, the victory at the Gabba meant that India won an unprecedented back-to-back Test series in Australia.

After the hard-fought win at The Gabba, India move to the No.1 spot in ICC World Test Championship standings

Australia slip to No.3 #WTC21 pic.twitter.com/UrTLE4Rui0

The Ajinkya Rahane-led team's victory in India vs Australia 4th Test put them 10 points ahead of the top of the ICC World Test Championship standings.