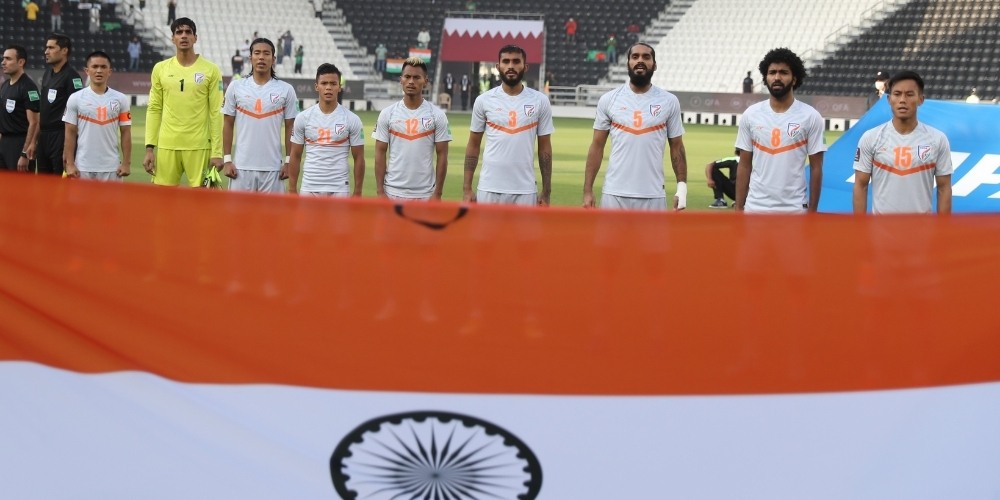 Despite dominating the majority of the first half, India failed to break Bangladesh's spirited defences. Chinglensana Singh came close to opening the scoring in the 35th minute, but his header was knocked off the line.

In the second half, India raised the stakes and finally found its reward in the face of its captain Sunil Chhetri in the 79th minute, who struck off a glancing header. Then, in the added time after the 90th-minute, Chhetri scored a brace that doubled India's lead.

With India's first win in 11 matches, the Blue Tigers have now scored six points in seven matches in Group E and moved to third place ahead of Afghanistan.

After scoring two goals in the match, the 36-year-old Chhetri brought his total international goals tally to 74, ahead of Messi, who has scored 72 goals for Argentina in his entire career so far and currently in the fourth on the list.

The Indian forward is now only behind Portugal's Cristiano Ronaldo, who has 103 international goals. UAE's footballer Ali Mabkhout is 3rd on the list with 73 goals.

With this victory, the Blue Tigers registered their first win in exactly two years and maintained their hopes of a guaranteed automatic birth to the 3rd round of the 2023 AFC Asian Cup qualifiers.

India will next face Afghanistan in the qualifiers on June 15th. The team no longer claims to be eligible for the 2022 FIFA World Cup, but the Blue Tigers still have the chances to qualify for the AFC Asian Cup.

Our @IndianFootball skipper Sunil Chhetri adds another feather to his illustrious cap as he overtook Lionel Messi to become the second-highest active international goalscorer with 74 goals. A big congratulations to Captain Fantastic & wishing him many more accolades in the future pic.twitter.com/kzpgCQbXEp