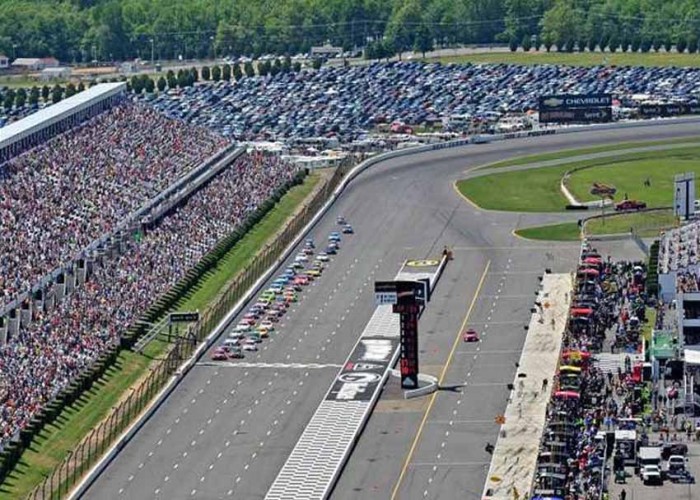 Pocono Raceway (formerly known as Pocono International Raceway) is also known “The Tricky Triangle”. It is a superspeedway (Oval track racing is a form of closed-circuit motorsport that is contested on an oval- shaped race track) that is located in the Pocono Mountains in Long Pond, Pennsylvania.

The construction work to build the raceway commenced in 1969 and finally opened to host motorsports events in 1971. It was designed by 1959 and 1962 Indianapolis 500 winner Roger Ward. The Pocono Raceway is owned by Mattco Inc. and operated by the Igdalsky and Mattioli families. Apart from hosting NASCAR events, the race track is also used by the Sports Car Club of America (SCCA), motorcycle clubs, and racing schools.

Races of IndyCar at Pocono Raceway

1) The Pocono Raceway has a tri-oval shape along with sharp turns. These sharp turns and banking make race cars slower than the other raceways. Because of these features, it is also known as roval. These turns made the drives slow down their cars, and some might turn into an accident.

2) The triangular track also has three separate infield sections of racetrack – (a) north course (b) the east course and (c) the south course.

3) Each of these infield sections use separate portions of the track or can be combined for longer tracks.

5) Moreover the infields section can be run either in clockwise or counter clockwise direction that doubles the 22 courses to 44 courses configurations.

a) Turn one (14 degree banking) – modeled after Trenton Speedway

7) Although the stadium has a unique design for the drivers and crew to make adjustments more crucial, some of the drivers experimented with the shifting gears long the 3,470-foot front straight. The ratio was set for the third gear, and most circuits used it.