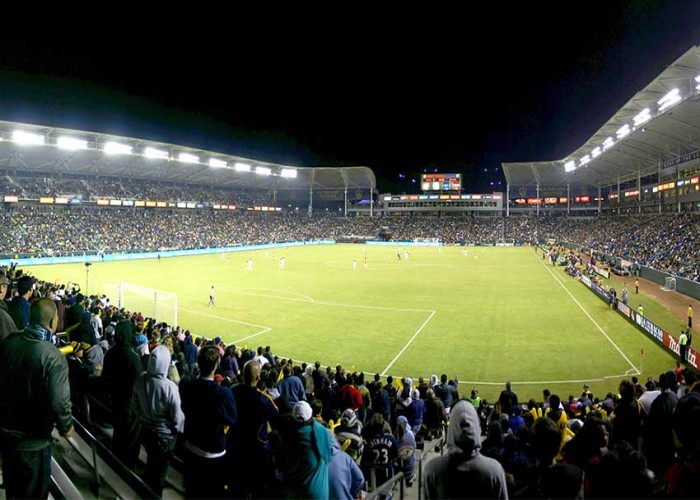 Dignity Health Sports Park is a multi-sports venue located on the campus of California State University, Dominguez in Carson, California which is regarded as the largest soccer-specific stadium in the United States. It was opened in 2003 and is operated by the Anschutz Entertainment Group.

This stadium was formerly known as Home Depot Center and StubHub Center. The opening match was witnessed by prominent sports personalities, including the football legend Pele. The center went under a major renovation in 2017 and was designed by the prominent architectural company Rossetti Architects.

The stadium was inaugurated in 2003. This stadium has been home to many teams of many other clubs. For example, it is home to the Los Angeles Wildcats of XFL and for 2020 and 2021.  The stadium also served as the temporary home of the San Diego State Aztecs football team.

Dignity Health Sports Park stadium was developed and operated by the Anschutz Entertainment Group with $150 million U.S. dollars. It is the second-largest soccer-specific stadium in the USA. During the stadium’s first decade,  its sponsor was a hardware retailer, The Home Depot. In 2013, the title sponsor became the online ticket marketplace StubHub and later on the sponsor name changed to the healthcare provider Dignity Health in 2019 with the new naming rights agreement.

The architecture of the Dignity Health Sports Park stadium was designed and developed by the Rossetti Architects, and the contractor was PCL Construction Services, Inc.

The stadium was the second American sports arena designed specifically for soccer in the Major League Soccer (“MLS”) era. The Dignity Health Sports Park features a 2,450-seat VELO Sports Center (velodrome), an 8,000-seat tennis stadium. Furthermore, an outdoor track and field facility has 2,000 permanent seats and can be expanded to 20,000.

The stadium had gone into renovation process to increase the audience's capacity. In 2017, to accommodate the Los Angeles Chargers use of the stadium many upgrades were made such as the luxury suites were renovated with new seats, furniture, community tables and engineered hardwood floors and the press box underwent an upgrade with a third row added to the main box, boosting from about 35 to 53.

Moreover two new radio booths were built outside the south side of the press box, and a large new booth on the north side to serve as a security command post for police and NFL officials were constructed.

Later on after the Los Angeles Chargers (“NFL”) left for Inglewood, the football facilities were taken over by the Los Angeles Wildcats (“XFL”) when the XFL team began operations in 2020.