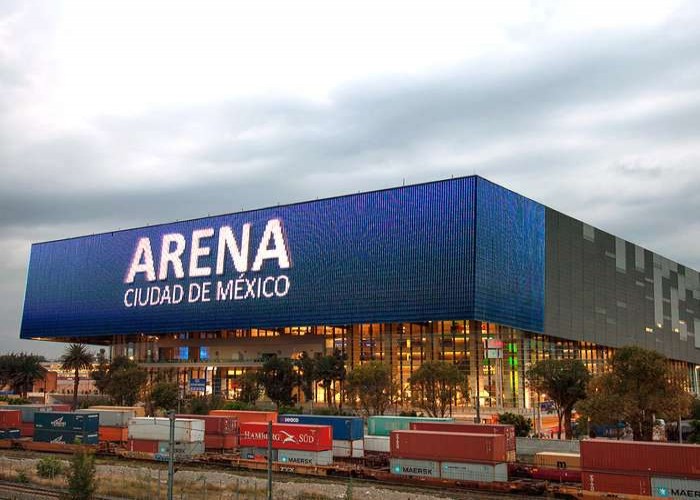 Arena Ciudad de México is an indoor stadium also known as Mexico City Arena. It is a multi-purpose stadium built for Indoor tournaments. The arena was built with a cost of 300 million US dollars.

The construction of the Mexico City arena started on 18th March, 2009. The designing was done by the KMD Architects Mexico along with AVALANZ Group. Grupo Garza Ponce, Corey and ADIPPSA were the construction companies involved in the development of the stadium.

It is the most up-to-date Arena in Mexico City, the biggest and it is the first arena in the city to have its own parking lot. In the early construction of the Arena, an event, known as ‘300 days’ took place on November 2010.

Guillermo Salinas Pliego, head of AVALANZ had promised to finish the project in 300 days. The arena was officially opened with a concert by Mexican singer Luis Miguel on 25th February 2012.

To construct the Arena Ciudad de Mexico, 5,000 tons of structural steel was used, 25,000 tons of reinforced steel and 100,000 cubic meters of concrete were used. The construction of the stadium was done on the 225,000 square meters of an 8 hectare land. The constructed height of the arena is 45 meters.

The stadium has approximately 5,000 cars parking space, 124 luxury suites and 650 security cameras, 850 LCD screens and has capacity to nearly accommodate 22,300 people a time.

On 24th February 2012, just before the day of official opening, Marcelo Ebrard unveiled the Arena’s inauguration plaque. He spoke about the benefits of the Arena among which one of them was the 2,500 permanent jobs and about the development of Azcapotzalco (North Eastern part of Mexico City).

The arena is frequently used by the tours operated by Feld Entertainment and shows like Disney on Ice, Ringing Brothers and Barnum & Bailey Circus and Monster Jam have used the arena.

Moreover Mexican superstar Gloria Trevi, Monterrey native, is the only female entertainer to sell out the Arena on 10 different occasions.