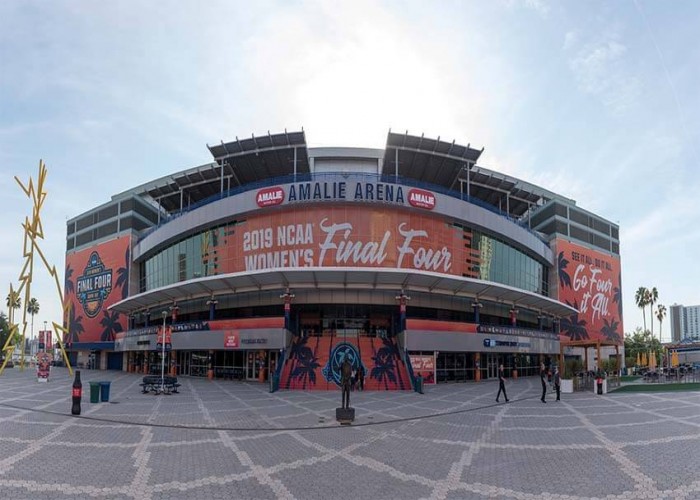 Amalie Arena is a multipurpose arena in Tampa, Florida, United States of America. The sports associated with this arena are ice hockey, basketball, arena football and other than sports concerts and events are also held. It is commonly used as the home for the Tampa Bay Lightning of the National Hockey League. It was constructed in 1994 at a cost of $139 million in an area of 13.8 acres.

The building was opened on 12th October 1996 and was originally known as the Ice Palace. The first event that was held in the arena was the Royal Hanneford Circus.  Later on the circus was followed by the first Lightning game played on 20th October 1996. The building’s naming rights were sold to St. Petersburg Times, which later became the Tampa Bay Times on 31st December, 2011.

In 2010, the Tampa Bay Times Forum was ranked as the fourth busiest arena in the United States. A $35 million renovation was scheduled to be completed before the 2012 Republican National Convention.

Moreover, in 2012, the Tampa Bay Times Forum installed a new video display board. The board is billed as the largest of its kind in North America.

Later on, in 2014, the arena started its 1-acre organic vegetable garden to make the players and fans eat healthy and nutritious food. They utilized an outside area in the back with cooling pipes and recycling bins, a deck was built along with 125 hydroponic towers.