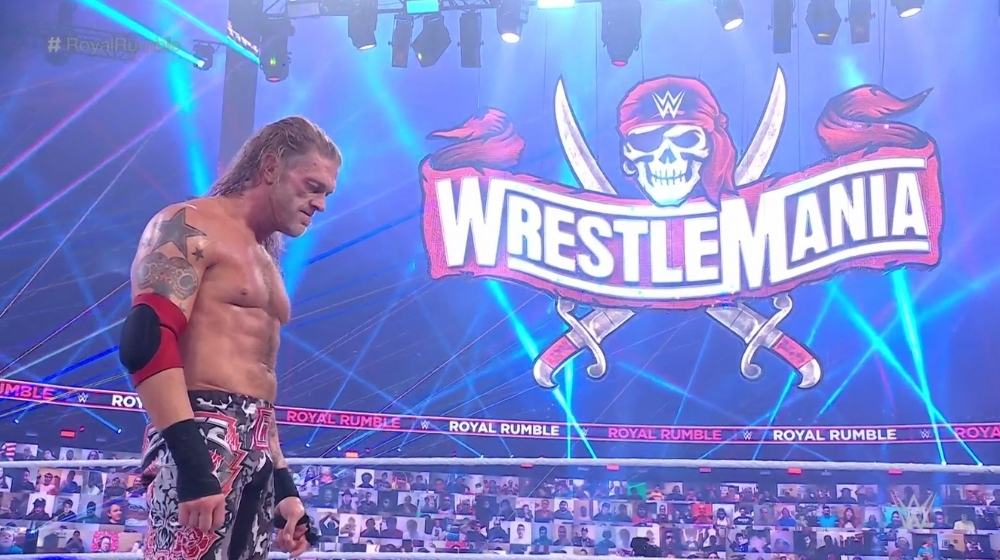 The Canadian wrestler Edge made his comeback again in WWE, and his homecoming couldn't be sweeter than winning the WWE Royal Rumble 2021 title. The 47-year-old wrestler beats Randy Orton in a 30-man tournament. Orton finished second as Edge attacked him on the ramp. Furious, Edge threw Orton into the barricade.

Earlier, Roman Reigns, the universal champion, retained his title in the 'Last Man Standing' match against Kevin Owens. Reigns made the most of Superman Punch use because, like two fighters, they continued to throb after hitting each other. After being handcuffed by Owens, Reigns kicked him and told the referee to open the handcuffs, and he tied Owens in return, which was the last nail in Owens' casket.

According to the US local time, Bianca Belair and Drew McIntyre bagged their respective Royal Rumble titles on Sunday, January 31st. Belair defeated Rhea Ripley to finish in 3rd place, while McIntyre defeated the Hall of Famer Goldberg to retain his title.