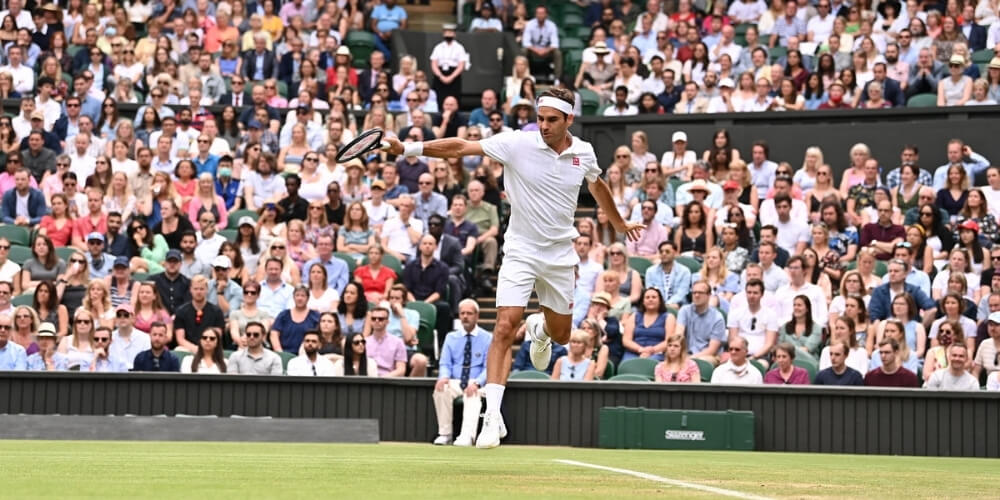 Roger Federer increased his pace with a much more flawless second-round performance, taking out Frenchman Richard Gasquet at Wimbledon on Thursday, thrashing him 7-6 (7/1), 6-1, 6-4.

The 39-year-old eight-time champion at times looked rusty and edgy in his first-round clash with Gasquet’s compatriot Adrian Mannarino.

Federer became the oldest man to enter Wimbledon’s 3rd round

Records and Federer went head-to-head, and on Thursday, Federer became the oldest man in 46 years to advance in the third round of Wimbledon.

Just a month shy of his 40th birthday, @rogerfederer becomes the oldest man to reach the third round of The Championships since the 1970s...#Wimbledon

Ken Rosewall was 40 years old when he reached the third round at the All England Club in 1975.

Next, he will compete with Cameron Norrie, a fast-moving British player, for a spot in the last 16.

After 18 months of rehabbing and performing behind closed doors, playing on Centre Court to a passionate crowd makes it all worth it. Thank you pic.twitter.com/7TjQbrxioR

“Cam is a good guy and has a great year. He did a good job here, but it’s time for him to go out!” Federer said.

Norrie is in the third spot for the most wins in the ATP list this year and notched up number 31, beating Australian wildcard Alex Bolt 6-3, 6-1, 6-2.

Unreal atmosphere out there tonight… thanks so much to everyone that was in there watching and supporting.. you carried me over the line life in the old dog yet eh!

This is the first time the three Briton men had advanced to the third round since 1999, when Tim Henman, Greg Rusedski and Danny Sapsford advanced in the last 32.

“If there’s time to play Roger, I think now is the time, but he’s still a decent player,” Norrie said.

Sania and Mattek-Sands kicked off their latest campaign at Wimbledon, where they defeated sixth-seeded pair Alex Guarachi of Chile and Desirae Krawczyk of the United States. They moved forward with a 7-5, 6-3 win on the 8th court.

Zverev and Medvedev could clash in the semi-finals

Medvedev won his first grass championship in Mallorca last Saturday, which shows that he has gained confidence.

Cruising @DaniilMedwed all class in a straight-sets win over Alcaraz. #Wimbledon

The 25-year-old Medvedev has never made it past the third round and will have to beat 2017 finalist Marin Cilic from Croatia to break that mark.

Although Alexander Zverev, like Medvedev, has not yet shined at Wimbledon, the German fired Tennys Sandgren 7-5, 6-2, 6-3 in a game with good-natured humour.

The fourth seed will next play against the American Taylor Fritz.

“I’m not in a position now, when I’m only happy with the quarterfinals or semi-finals, something like that,” Zverev said.

“I’m here to compete and at least give myself the best chance to do so (to win Wimbledon).”

Barty to meet Krejcikova in the last 16

Barty made an error-strewn performance in her victory over Russia’s Anna Blinkova 6-4 and 6-3 and progressed to the third round against Katerina Siniakova of the Czech Republic.

Spotlight on Centre Court as @ashbarty won through against Blinkova.#Wimbledon

“Some points here and there may be a different story.”

Barty is set to meet this year’s French Open champion Barbora Krejcikova in the last 16.