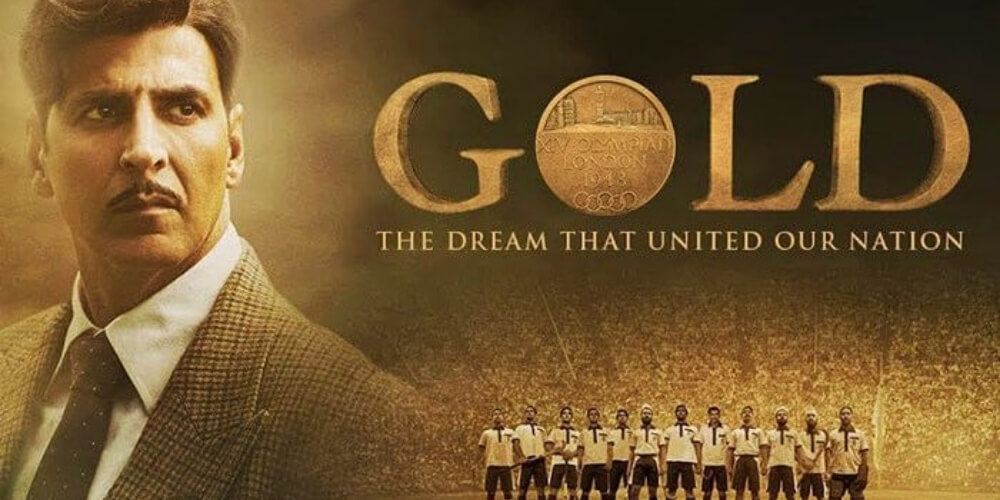 Inspired by the historic victory of the Indian hockey team at the Olympics of 1948, the film “Gold” spelt out how India bagged its first Olympic medal as an independent nation after being free from the oppressive chains of British dominance.

The movie traces the significant phase of the Indian hockey team when it created history as a free nation.

The victory of the Berlin Olympics in 1936 was bagged under the British flag. But the scene switched in the next big game. Post the independence in 1947, the Indian hockey team made a big move to prove its existence in the Olympics which it successfully did. The peer pressure on athletes to win for the nation, fighting against their own ego, coping up with the team and understanding the tactics of opponents to score a goal in the nick of time.

That all was not a cup of tea with a newspaper to read the stories of strife especially in the phase when India was facing an economic crisis, scars of being torn apart as two regions (Hindustan and Pakistan) post World War II that threw the sub-continent into a massive turmoil, trying to prove their own existence after freedom in the world of sports. Post World War II, the London Olympics were held in 1948 after a long span of 12 years.

It was a proud moment for India to bear its tri-coloured flag as an independent country in the opening ceremony of the 1948 Olympics at the Wembley Stadium. But there were lots of things to overcome before dominating the Olympic stage. The players of the national hockey squad including the legends Leslie Claudius, Keshav Dutt, K. D. Singh, Balbir Singh Sr., Walter D'Souza, Lawrie Fernandes, Ranganathan Francis, Gerry Glackan, Akhtar Hussain, Patrick Jansen, Amir Kumar, Leo Pinto, Jaswant Singh Rajput, Latif-ur-Rehman, Reginald Rodrigues, Randhir Singh Gentle, Grahanandan Singh, Trilochan Singh, Maxie Vaz and the Captain Kishan Lal had jumped through hoops to create history in itself. Trying to be compatible with one another and practising in lack of proper equipment, the team had gone through various barriers that could make the team brittle but as it is rightly said that under the guidance of an ideal leader, the team can reach perfection.

And, that’s what the team manager did whose role is going to be impersonated by Akshay Kumar in the movie.

The Indian hockey team was overloaded with expectations after the Berlin Olympics, and the players were so ambitious to win, that they were even ready to lead as a lone sparrow against their ex-dominators - Britain in the finals. The battle for Gold began with an impressive win over Austria with a scorecard of 8-0. The next clash was with Argentina that too was won by our heroes, defeating the opponents by 9-1. The battle was not only with the other team but the players within the team who wanted to approach towards the final win according to their perceptions and potentials and hence, it was hard to let others substitute their place, especially in front. But it was a single dream that united the whole nation at that time and that was - Gold for an Independent nation.

With right guidance and support from the members of Indian hockey federation who worked hard to put together the team to make a successful move towards the semi-finals against the Netherlands and having a sheer ability to hit the right stroke, our hockey legends put all their efforts and succeeded to go for the final match. But it was going to be the hardest clash ever. India against Britain, the country for whom they have played in previous Olympics, was going to be the toughest face-off.

It’s hard to believe that Indian players could be able to bag their first gold as an independent nation in spite of the circumstances which were not in their favour and had the taste of victory over Britain with 4-0. The fourth consecutive gold in the sports but the first after independence. The battle played a crucial role in uniting the nation after a tough phase of struggling with poverty and racism.

The Director of the movie Gold, Reema Kagti has rightly plotted the phase with which the players had gone through. Javed Akhtar has beautifully spelt the dialogues. The movie will also give a fine character sketch of an ideal leader and his role as the backbone who can successfully lead a diversified team to a unified victory, and to win; we must overcome our ego and invest all our efforts not as an individual but as a team.

The efforts of Akshay Kumar again as a leading role along with Mouny Roy, Kunal Kapoor, Amit Sadh, Vineet Kumar Singh, Sunny Kaushal, Nikita Dutta, Dalip Tahil, Jatin Sarna and Abdul Quadir Amin is worth appreciating, that will definitely take you to that era with patriotism in heart and a new passion for sports. So celebrate this Independence Day by reliving the moments of India’s first victory in the Olympics as an independent nation.