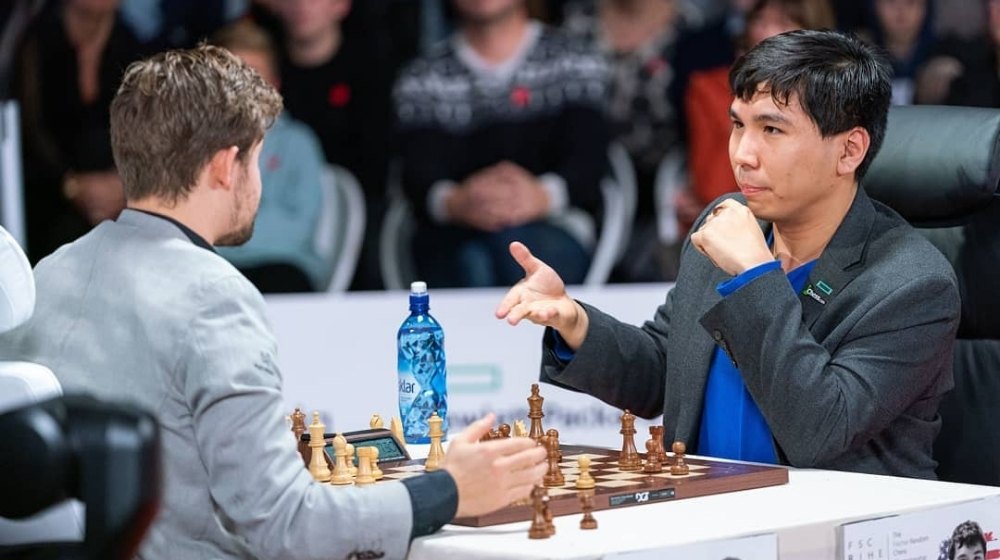 This marks the second time Wesley has defeated Magnus in the final of the Meltwater Champions Chess Tour.

After the victory in the final of the Opera Euro Rapid, the winner of the tournament, Wesley So said, “I’d like to apologize to Magnus for ruining his Valentine’s Day.”

Wesley won the first game of the 2nd final match against Magnus, who was unable to fight back in the next three games. Wesley became the tournament winner, having secured a draw from a strong position in the 4th meeting.

In the match for 3rd place, Teimour Radjabov clinched two games against Maxime Vachier-Lagrave to claimed the overall victory.

After three Meltwater Champions Chess Tour tournaments, Wesley So and Teimour Radjabov are leading with 108 points. In contrast, Magnus Carlsen is standing in third place with 85 points.

This time Wesley So celebrated getting the draw he needed with a double fist pump! https://t.co/JJW4MnmNi4#ChessChamps #OperaEuroRapid pic.twitter.com/zvCfvYA1sw