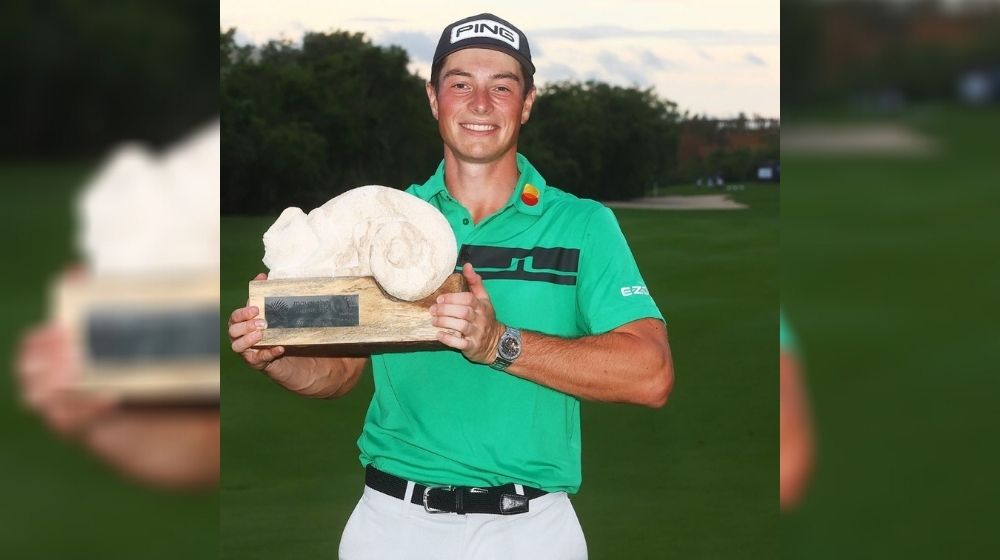 Viktor Hovland captured the PGA TOUR title at the Mayakoba Golf Classic presented by UNIFIN with another big putt at the end. Hovland made an incredible 40-yard save from the waste area on the 16th hole, then delivered the winning shot with a 12-foot birdie putt on the last hole, defeating Aaron Wise to win a second time in the year.

Since the Mayakoba Classic event started in 2007, this is the first time that anyone won the final with a birdie putt. For Hovland, this has become old school as he won his first PGA Tour title at the Puerto Rico Open in February by holing a 30-foot birdie putt on the last hole.

Hovland had four birdies in the six opening holes, making a two-shot lead into the back nine on a rain-softened course, causing a two-hour delay in the morning. However, he bogeyed on the 12th hole, which seemed to create an opportunity for the six players to be separated by one shot along the back nine.

In the next two holes, he responded with a birdie, teeing off at the 4 feet on the par-3 15th, and he seemed to be in control. But he made a tentative putt to keep in touch with Wise, and Hovland thought he was in big trouble while his long iron sailed hard to the right on the 515-yard 16th-hole.

It landed in a waste area a few feet away from the hazard, and he hit a superb sand shot as high as 4 feet to save the par.