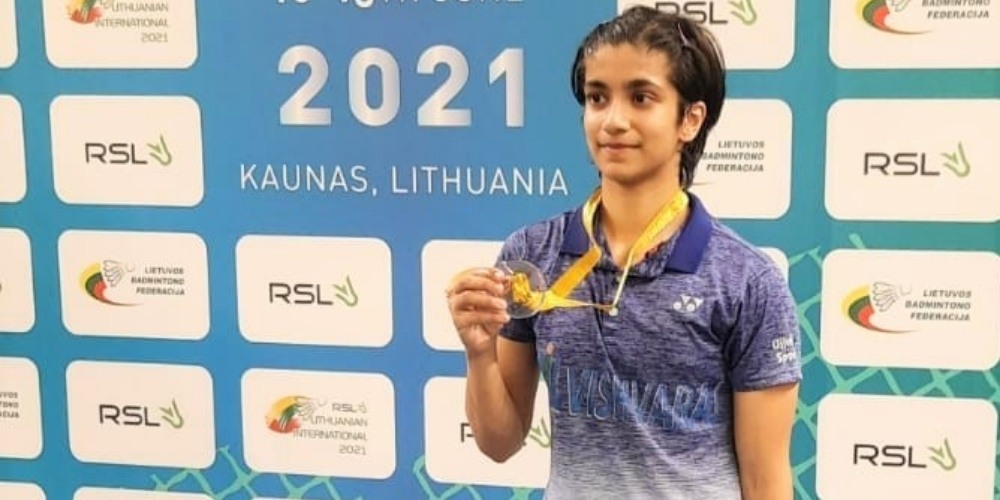 Malvika, who advanced in the quarterfinals of the Austrian Open last month, had previously defeated French Anna Tatranova 21-13, 21-10 to reach the women’s singles final.

She then defeated Austria’s Katrin Neudolt 21-12, 21-9 in the quarterfinals.

Malvika’s coach Sanjay Mishra, who trains the left-hander in Raipur, has confirmed this development. “In Lithuania, Malvika got rid of her disappointment after losing a close match in Austria. After this defeat, Malvika was very upset and promised me that she would not repeat this mistake in her next tournament. She proved it and won this title without losing a single game,” said Mishra to TOI.

Praising Malvika’s selfless approach, Mishra said, “This is only the first or second step on her long journey. Malvika is a hardworking, sincere and very determined player, and the result can be seen in her dominant performance in Lithuania.”

Malvika was also pleased with the show. She said: “I am happy to win this tournament. I played with good consistency and was able to execute my game as planned. This is my second gold medal since winning the international series in Uganda in March. I want to thank my mentor, guide and Coach Sanjay Mishra, sir, for training me in such a difficult situation with Covid.”

She added, “I am immensely grateful to my training partner and everyone at the Raipur Police Parade Academy for all their efforts. It is the pure grace of God that in these difficult times, I was able to take part in the tournament and perform well.”

Malvika will next compete in the international tournaments in August.