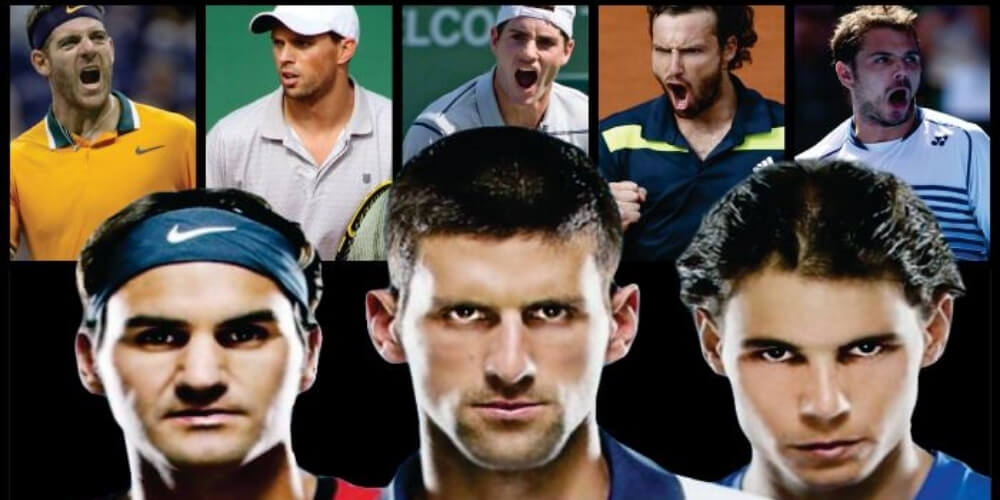 The New York Times is all done with one of their most significant surveys on Tennis along with 10 active players and 25 experts of the field including great coaches, former players and pundits, revising the previous survey of 2014.

The conclusion came out with the tennis trinity- Roger Federer, Rafael Nadal and Novak Djokovic on the top of the choice list along with John Isner, Ivo Karlović, Kevin Anderson, Milos Raonic, Juan Martin Del Potro and other players who are counted amongst the top 5 players for delivering specific tennis shots.

The Best First Servers to Grab the Game

The first serve is made by players when there is no fault on the point and various tactics are used to play this shot well and grab the game. Professional tennis player of America, John Robert Isner is on the top for giving phenomenal first serves and dominate the game with his unique style.

The second serve is made when there is already a fault on the point. The server is often considered in danger of losing a point this time if another fault happens but John Isner is ranked the best in giving the second serve to grasp the opportunity and take the lead leaving Roger Federer, Milos Raonic, Ivo Karlović, and Kevin Anderson behind him. 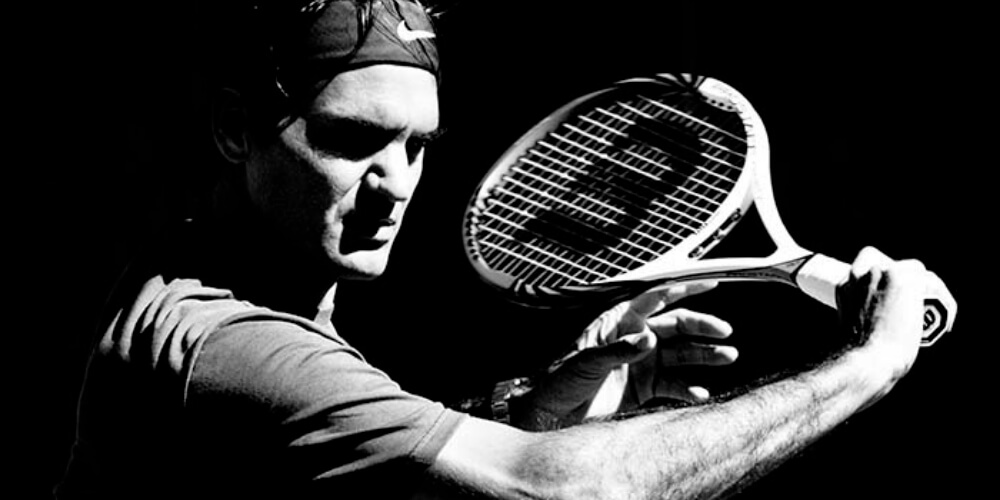 Undoubtedly, Roger Federer is regarded as the best in his forehand technique leaving Rafael Nadal behind to clinch every opportunity to dominate the game by swinging the racket across his body, moving his palm first right to make it a victory shot according to the current ATP players.

Besides this, Juan Martin Del Potro, Fernando Verdasco, and Kyle Edmund's forehand styles are worth watching and to be followed by players.

However, Nadal's style for this shot is considered the best by former tour players and coaches.

Coming to the two-handed backhand technique, Novak Djokovic is elected as the best amongst the tennis stars who knows well how to grab the racquet with both hands and swing it to hit for a win.

However, Alexander Zverev is the new amongst the top 5 for this shot who can generate acute angles and straight-line power.

In spite of the major knee surgery, Stan Wawrinka's backhand shot is the top choice by experienced former players and officials, but the data-based research states that Federer's one-hand stroke can change the moment of the game against any of the top tennis players of the world.

Although it's Rafael Nadal who leads the ATP return ranking of this year, Djokovic's tighter-to-the-baseline strategy plays best to remain the first choice to knock down the opponents, making Federer and Murray below him in the top 5 list.

The Net Gamers of Singles

With the accumulation of one of the best success rates amongst the top players and a great overhead, Nadal is the best whenever he comes for the net game but this time, he is the second choice and Federer is on the top.

The Best Volleys of Doubles

Of course, Mike Bryan has to be on the top with his volley technique that often works the best for his partner to clinch victory at various international stages. He has recently won two Grand Slams (U.S. Open and Wimbledon of 2018) with Jack Sock, and his volley technique is indeed a reason behind the success streaks.

Recalling the last survey, the top three are still sustaining their positions with Federer and Goffin breaking into the top five choices for the best passing shots that lead to victory with a fine stroke difficult for the opponent to hit back.

Federer with his effective spin and rhythm changes is leading the list of top 5 tennis players for the best touches along with the choice list of PROs of the sport having Benoit Paire spotting the third position and leaving Andy Murray and Rafael Nadal behind him. 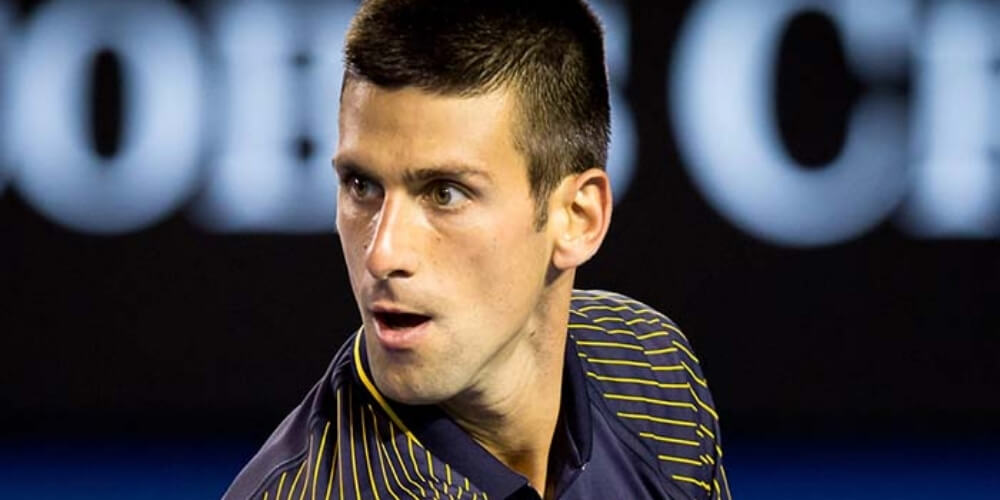 It is quite noticeable that the top three choices for the best movement on the tennis court have crossed their 30s and Kei Nishikori is going to be 29 soon yet, these four players have a knit and grit to create the best movement shots and the younger ones such as Zverev, Coric and Minaur are also in the streak of choices.

Talking about the tactical prowess and most effective playing strategies, this list has been concluded by the masterminds of the game.

The Trinity is again on the top of the choice list, leading Anderson and Wawrinka in the fourth and fifth positions, respectively.

In spite of being retired against Cilic in the Australian Open and del Potro at the U.S. Open of 2018, Nadal is the first choice as the best enduring player at the tennis court who fights his heart out with all his grit.

With his phenomenal thunderclap forehand shots, Juan Martín del Potro is the prime choice for the best intimidating shots with Nadal in the second position for his down-the-line forehand shots, Isner and Karlović for their first serve and Djokovic for his return shots.

Ernests Gulbis again defends his title for his strange forehand shots having plenty of weird shots that he has delivered in the past four years and hence top-notched as the strangest stokes succeeding over Benoit Paire, Frances Tiafoe and Jack Sock for their forehand shots and Mikhail Kukushkin for his backhand shots.

To Play a Match for Your Life 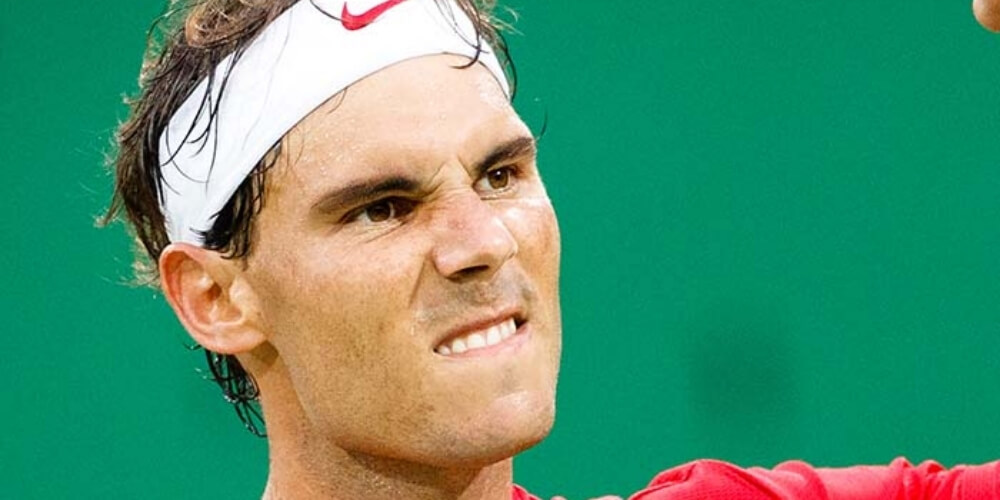 Without a shadow of a doubt, these four tennis stars eat, breathe and live for their passion and have been seen performing for their nation and teams even at the worst physical conditions, terrible injuries and in spite of being in their 30s, they are still playing at their best, inspiring the world of tennis.