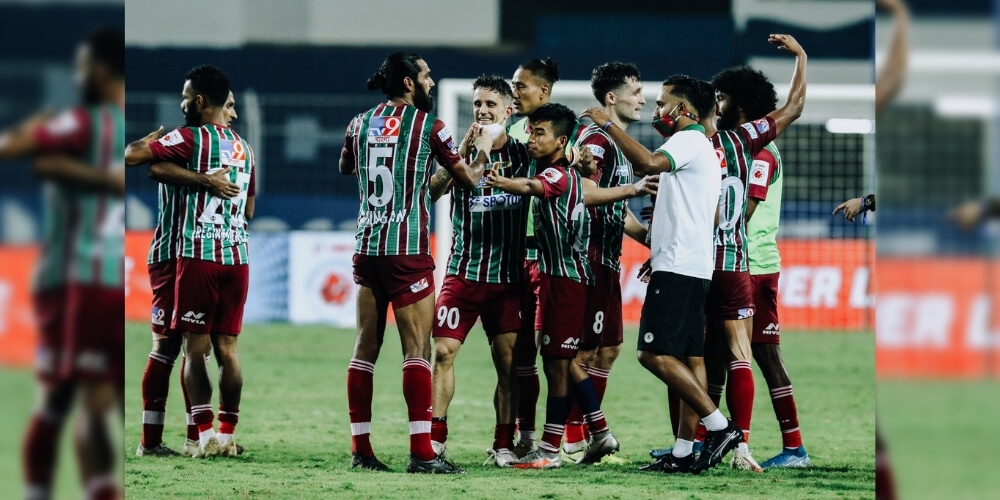 The 28-year-old defender signed a five-year contract with the Kolkata-based club, but a clause in his contract allowed him to leave when he had the opportunity to play in Europe.

Jhingan, who was selected as the AIFF Player of the Year, has been trying to get signed for Europe for the past few years, but injuries and the Covid-19 pandemic prevented him from completing his dream.

But this year, according to reports, Jhingan received interest from Austrian, Greek, and Croatian clubs, and in the end, he decided to move to a southeast European country and negotiate a deal with Sibenik.

The report also indicated that Sandesh Jhingan would sign a one-year contract with the option of renewing it for another year.

If he gets regular game time in Croatia then sure it will help Jhingan.

Jhingan's Spokesperson confirmed this to TOI

“Last year, there were several proposals for Sandesh, but it became very difficult with the restrictions on Covid-19. Four different clubs contacted us this year. After considering various league types and proposals, HNK Sibenik looked like the best option for Sandesh. After all, Croatia is World Cup finalists, and the league has grown a lot over the past few years,” he added.

HNK Sibenik was founded in 1932 under the name Radničko sportsko društvo Šibenik, which means Workers’ Sport Association Šibenik. After eight seasons of the 2019-20 season, it was promoted to the top Croatian league.

The following season, it ranked sixth in the league of ten teams. Currently, they find themselves ranked second last, with only one point after four games.

The Croatian top division has ten teams that play each other four times per season in a 36-game campaign.