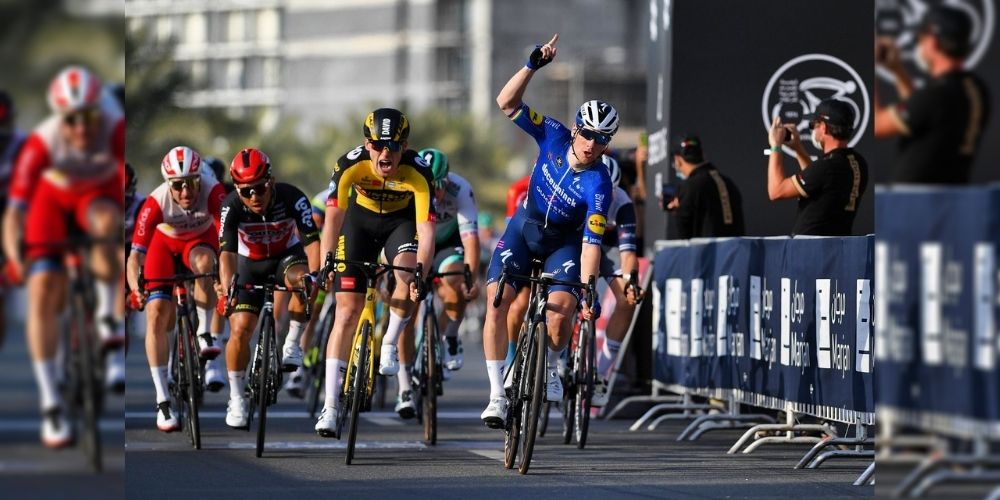 Sam Bennett of Ireland won the UAE cycling tour's penultimate leg on Friday, reconfirming his form early in the season and easily securing a second victory at the finish on Palm Jumeirah.

The Irishman, who burst into tears after his first Tour de France victory last season, can hit a hat-trick on Saturday in the seventh and final stage, which is also perfect for his strengths.

The 30-year-old said he would definitely do it, "We're pretty much nailing it at the minute. I really want stage seven, and we'll for sure go for it again on Saturday."

After perhaps a decisive 20 km uphill finish on Thursday, the overall race leader Tadej Pogacar was able to relax on the run around Dubai, leaving glory to the sprint specialists while maintaining his lead by finishing with the main pack.

The 13-strong peloton headed for an intense 25 ° C wind on Friday for a 165 km run around Dubai, but windy weather did not interfere with the main pack.

So proud to have taken my second stage win here at the UAE Tour.
It wouldn't be possible without the teamwork and talent of the whole Wolfpack today. Massive thanks to the guys for putting in a stellar performance again and making something difficult look so easy
@GettyImages pic.twitter.com/JeviypxFRM