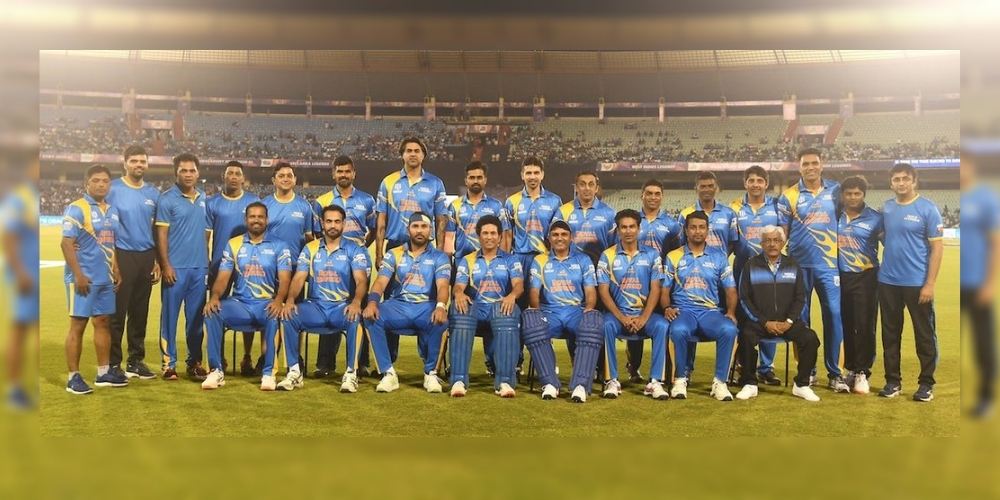 In an inaugural edition of the Road Safety World Series T20, India Legends have emerged as the winners. In the final at Shaheed Veer Narayan Singh International Stadium on Sunday, India Legends thrashed Sri Lanka Legends by 14 runs.

Indian Legends team have been the most dominant team in the T20 tournament and were the favourite to win the tournament title. And they did precisely the same, as several retired Indian players turned on the heat in the final.

In the final match, Yuvraj Singh and Yusuf Pathan showed an impressive all-around performance in the challlenging final against opponents led by Tillakaratne Dilshan.

Earlier in the match, India Legends batted first and scored a challenging total - 181/4. They lost a couple of early wickets, though. Skipper Sachin Tendulkar showed his tremendous form, scored 30 runs in 23 balls and forging a 43-run partnership with Yuvraj. After Tendulkar's dismissal, Yuvraj and Yusuf Pathan smashed two quick fifties.

Sri Lanka Legends needed 24 runs from the last over, but Munaf Patel, in his best vintage form, gave only nine runs and restricted Sri Lankans to 167/7 in 20 overs to ensure a comfortable victory.

Yusuf Patan was named Man of the Match for his comprehensive all-round performance. In contrast, Sri Lanka Legends skipper Tillakaratne Dilshan was named "Best Player of the Series" for his all-round participation in the tournament, as he scored 271 runs and scalped 12 wickets in eight games for his team to help them finish in second place.