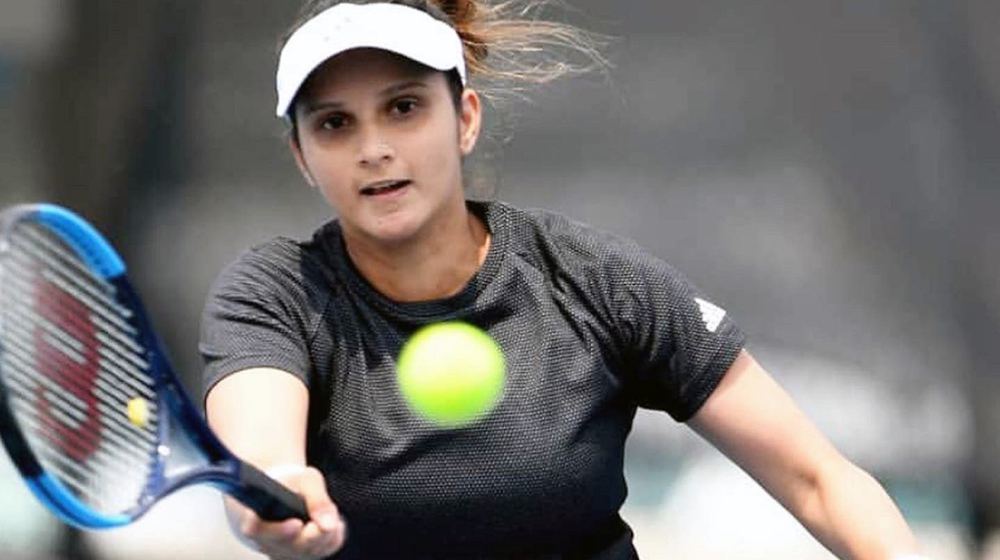 Sania's last tournament was the China Open in October 2017 after which she took a long break due to a combination of injuries and personal reasons. After two years, she made a comeback to play in Hobart Internationals. This was her first appearance on Major since becoming a mother. Playing in her first WTA circuit match, Indian tennis star made a winning comeback, progressing to the quarter-finals of the tournament on Tuesday. Partnering with Nadia Kichenok of Ukraine, Mirza won 2–6, 7–6 (3), 10–3 over Georgia’s Oksana Kalashnikova and Japan’s Miyu Kato, in a match which lasted an hour and 41 minutes.

In the absorbing competition, the pair of Sania-Kichenock looked twice as hard, double-faulting in the opening set, which they eventually lost. However, they took it to a draw before being taken to the tie-breaker to step up their game in the second set. With momentum on their side, the Indo-Ukrainian duo then advanced to the final set to win 10–3.

They will next face the American pair of Vania King and Christina McHale for the semi-finals berth. Vania-Christina defeated fourth seed Georgina Garcia Perez and Spain's Sara Sorribes Tormo 6–2, 7–5 in the other quarterfinal game.

Meanwhile, Sania has decided to team up with compatriot Rohan Bopanna at the first Grand Slam of the year - Australian Open 2020. Earlier, Sania had to partner with Rajeev Ram, with whom she originally planned to play in the opening slam of the season. But Rajiv can’t play now due to an injury. Sania and Rohan last played at the 2016 Rio Olympics where they finished fourth.

The 33-year-old Sania Mirza has won six Grand Slam titles, and she is a former world’s no. 1 doubles player.