Rashid Khan to Captain the T20I squad for Afghanistan 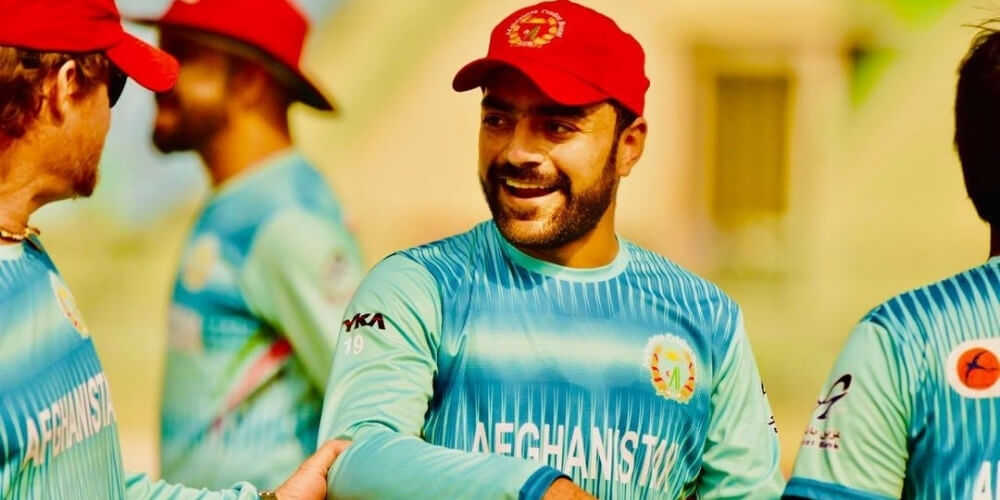 Star leg-spinner Rashid Khan has been named the Afghanistan T20 national team captain, keeping in mind the ICC T20 World Cup scheduled to take place in the UAE from October 17 to November 14.

Left-hander batsman Najibullah Zadran was named the team's vice-captain. Rashid had previously declined as captain of the T20I in Afghanistan, stating that he considers himself more valuable as a player than as a leader.

"All-rounder Rashid Khan has been named the captain of the T20I Afghanistan national team. Meanwhile, Najibullah Zadran was appointed as the national team's vice-captain for the format," the Afghanistan Cricket Board issued the statement.

Rashid, one of the internationally renowned players in the game, was selected for this role by ACB Chairman Farhan Yousefzai, considering his experience, outstanding performances, and leadership in the national team over the years.

@rashidkhan_19 has been appointed as Afghanistan's new T20I captain. @iamnajibzadran will act as his deputy in the shortest format. pic.twitter.com/yfxk7svNq4

Rashid Khan is currently ranked World No. 2 bowler in the ICC T20I rankings. However, he is 31 points behind the table-topper spinner from South Africa, Tabraiz Shamsi.

Afghanistan is in Group B for the 2021 T20 World Cup alongside England, India and South Africa, while the remaining two teams will be chosen from the qualifying tournaments.

The 2021 T20 World Cup tournament will be held this October in the UAE and Oman.

Earlier this year, ACB members approved a proposal to introduce split captaincy to the national team. However, the board also effectively removed Asghar Afghan from the role of men's team captaincy.

"Following the decision, left-hander Hashmatullah Shahidi has been appointed the new ODI captain and test captain of the national team, and Rahmat Shah will become the vice-captain of both formats," the ACB said in an official statement.

I’m a great believer that a captain is as good as his team. It is Afghanistan that gave me the name RASHID KHAN & it is my duty now to serve my country & my team. Thank you @ACBofficials for the trust & believing in me. It is a dream journey & my fans support will be the key.