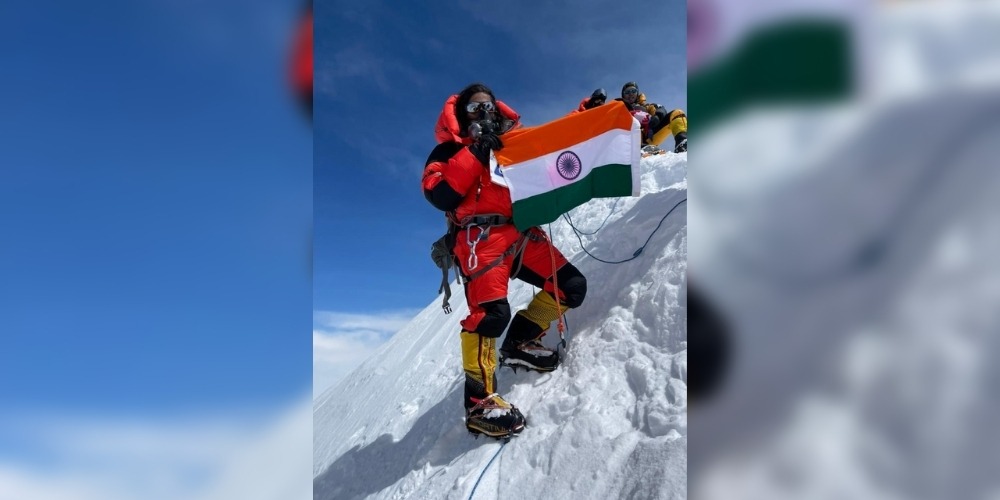 Apart from Priyanka, Uttarakhand’s Sheetal also summitted the Annapurna peak on the same day and according to base camp officials, Sheetal reached the summit just an hour after Priyanka climbed the mountain.

This was the first time that two Indian mountaineers simultaneously hoisted the flag at Annapurna Peak.

Lakpa Sherpa, managing director of Pioneer Adventure Treks, said Mohite climbed the mountain at 1:30 pm, becoming the first Indian woman to stand on the top of the mountain.

Likewise, Pasang Sherpa, director of Peak Promotion Pvt Ltd, stated that Sheetal from Dehradun also climbed the mountain on Friday. “So far, they are the only Indian women to have reached the summit of Annapurna,” Sherpa added.

The 25-year-old Sheetal is probably the youngest woman in the world ever to climb Annapurna this season. She climbed the peak on Friday. Sheetal was part of an expedition organized by Peak Promotion Pvt Ltd. On April 16, a group of climbers summited Mount Annapurna, making the first successful ascent of the season above 8000 meters.

Priyanka is also the first woman in India to climb Mount Makalu, the fifth tallest mountain globally, at 8,485 meters. The 28-year-old climber from Satara in Maharashtra achieved this feat in May 2019. Climbing new heights was familiar for Priyanka, who had also previously climbed Mount Everest in 2013 and Mount Lhotse in 2018. She climbed Mount Everest at the age of 21, making her the third-youngest Indian to do so.

Along with Priyanka and Sheetal, Uttarakhand’s Yogesh Gabriyal, who have flown the tricolor on the peaks like Everest and Kanchenjunga, also conquered the Annapurna peak together with Nepalese climbers.

On April 16, a group of climbers climbed Mount Annapurna, making the first successful ascent of the season above 8000 meters.