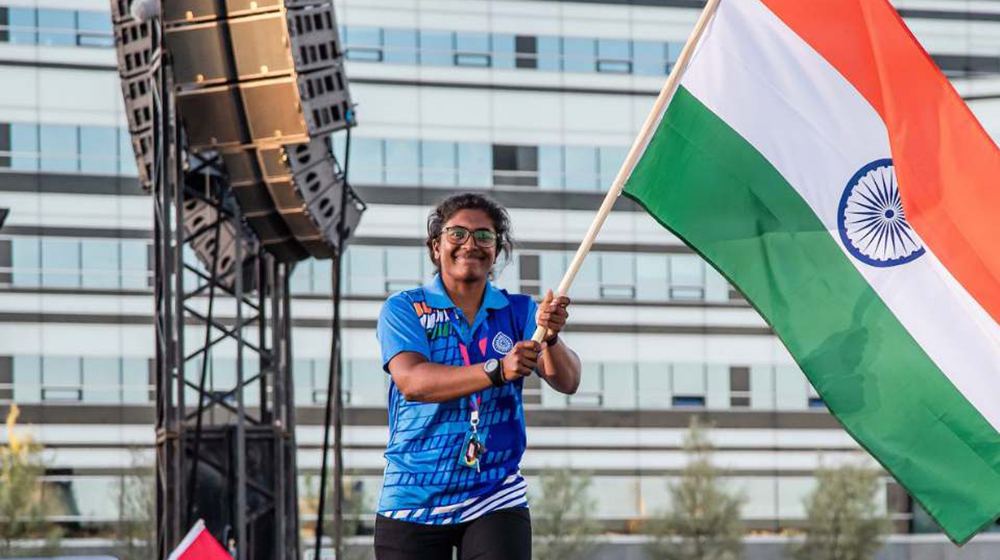 22-year-old Nethra Kumanan became the First Indian Woman to win a medal in the Sailing World Cup as she won a bronze medal in Round 2 of the Hempel World Series held in Miami, the United States on January 25. She became the first woman from the country to achieve the feat. Erika Reineke of the United States and Vasileia Karachaliou of Greece claimed gold and silver respectively in the laser radial event.

"After winning the medal race on the final day, I didn't realize my performance had helped me win bronze until a fellow sailor had informed me. It was one of the most memorable wins for me", Nethra told Times of India.

Nethra has her eyes on the 2020 Tokyo Olympics. If she finishes in top-two at the Asian Sailing Championships to be held in Abu Dhabi from March 15, 2020, she will have a chance to qualify for the multi-national event.

Nethra trains in the Canary Islands in Spain, represented the country in the 2014 and 2018 Asian Games held in Jakarta and has won many medals in the Nationals. She concluded at 4th spot in the same event in the last edition of the Asian Games, and this time attributed her calm nature for her medal-winning performance at the World Championships.

"Training in Gran Canaria has helped me improve my skillset. To train alongside top sailors such as Ebru Bolat (who was 7th in the event) and Vasileia automatically brings the best out of me", Nethra said.

Nethra's father, who runs an IT company, believes that performing in the world championship will help her to clinch a quota in the Olympics. Nethra, who was ranked 4th in the same category at the 2018 Asian Games in Jakarta, said a change in thought process led to a change in the level of performance.

"At the Asian Games, I was under a lot of pressure to get a spot for the Olympics. A lot of it was self-inflicted and so I failed there. I think this year I'm trying to be more consistent with training and always work towards the big goal of the Olympics", she said.

She trains with psychologist Mon Brokman prior to any event to ensure that she is in a mentally calm place before the event arrives.

"I am thankful to GoSports Foundation for helping me find a nutritionist and a psychologist - Brokman - who has rich experience of working with sailors in the past. India will have to finish among the top-2 countries at that event to make the Olympics", said Nethra, who is currently pursuing engineering from SRM College.