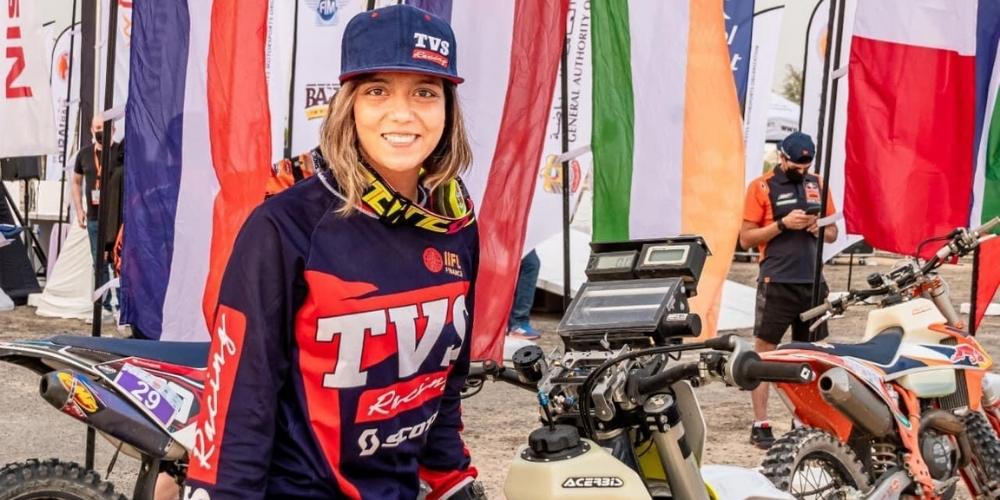 Indian off-road motorcycle racer Aishwarya Pissay has finished third in the women’s category at the FIM Bajas World Cup, beating many other competitors at the recently concluded tournament in Dubai.

The 25-year-old from Bangalore started the race on a positive note, overcoming the Al-Quadra Desert’s challenging track and finishing second on the first day and finished third on the second day.

After finishing 3rd, Aishwarya said, “The race was challenging. I am happy that I secured the third position in the Women’s Class. I take a lot of confidence heading towards the next race, especially from the difficulties I had to face. For the next two weeks, I will be preparing for the Jordan International Baja. My focus will be to better my navigation. I hope to improve my performance in the next race.”

The motorcycle rider of Bangalore shared the news on her Twitter, mentioning that she was delighted to be in third place and also reiterated her focus and commitment to pursue her career and learn from the problems she faced before.

The FIM Bajas World Cup is an annual rally-raid world championship organised by the International Motorcycle Federation. This competition is extremely challenging and requires tremendous skills to complete the course over a short period of a few days.

Her massive catch of national and international trophies continues to grow year after year. She has won several accolades in her career, including the CEAT Sprint Rally, Indian National Rally Championship and TVS One make Road Championship.

Delighted with my first race of the #FIMBajaWorldCup in Dubai. Did my best to secure a third position in the Dubai International Baja. A tough road ahead but plenty of positives to take for the road ahead #fimbaja #race #Bikes pic.twitter.com/cX6rQ3iW9Y