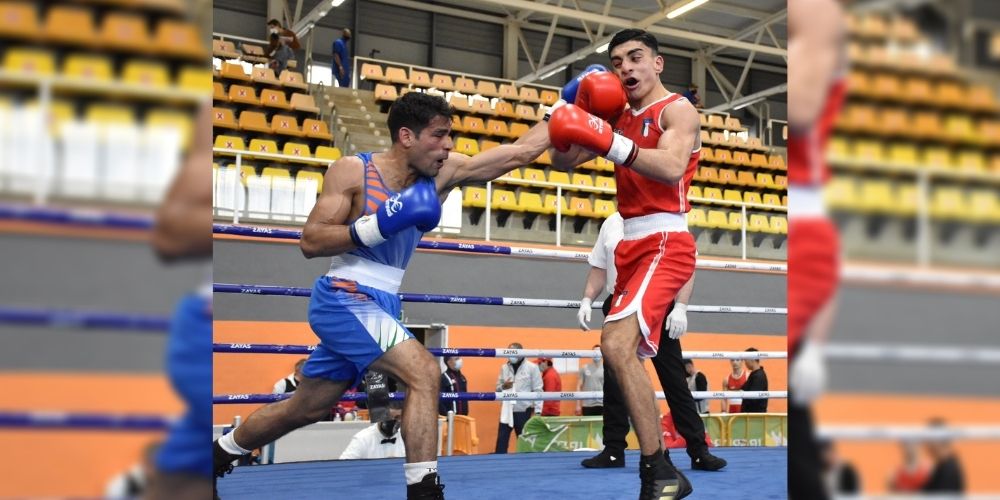 World championship silver medalist Amit Panghal (52kg) withdrew from the quarterfinals, whereas Mohammed Hussamuddin (57kg) advanced to the semifinals of the 35th International Boxing Tournament in Castellón, Spain, on Thursday.

However, it was a curtain for Panghal after losing by split decision to European games champion Gabriel Escobar. It was a stunning loss for Pangal, who won the gold medal at the World Championships in Cologne a couple of months ago.

Escobar took Panghal by surprise in the first round, though the Indian confidently returned in the last three minutes, after an even second round, the damage was done.

Husamuddin, on the other hand, showed a dominant play against Spada, showing excellent footwork and combining punches to outsmart his opponent.

However, Lovlina Borgohain, who also qualified for the Tokyo Games, lost 0-5 to Russian Saadat Dalgatova and left the tournament unexpectedly.

Asian bronze medalist Manisha Moun (57kg) was another Indian to be eliminated from the competition when she lost 0-5 to Italy's Irma Testa in the quarterfinals.

The event is attended by boxers from 17 countries, including Russia, USA, Italy, Kazakhstan and Spain.