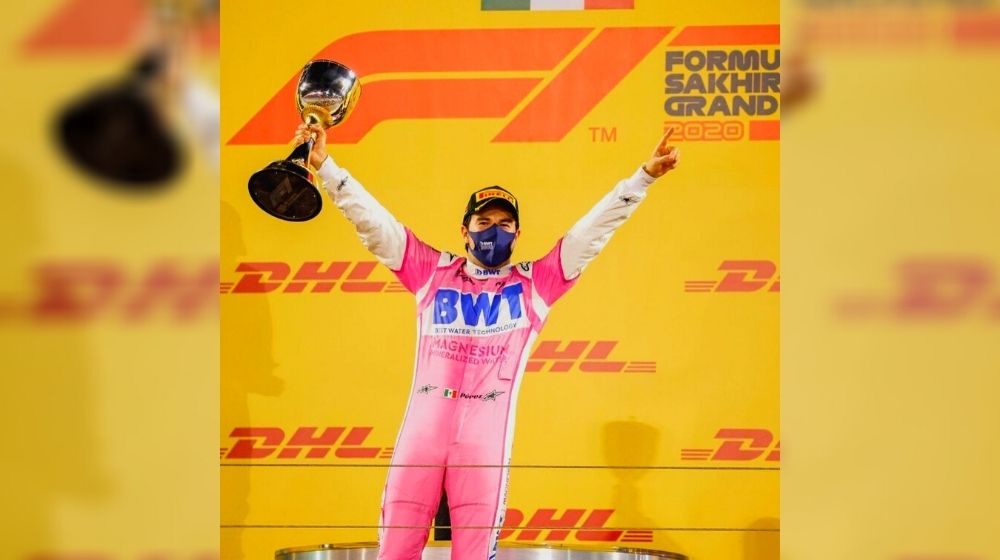 Sergio Perez of Racing Point won the first Grand Prix of his career in a staggering 190th attempt at the Sakhir GP after Mercedes tyre mix-up and puncture stopped George Russell to claim a victory on his debut for the team who finished in 9th place.

Sergio Perez gained the full advantage of the misfortune of his rivals on Sunday, struggling from the last position to win the first F1 race in the chaotic Sakhir Grand Prix. In contrast, Renault's Esteban Ocon finished second on the podium.

Perez became the first Mexican champion in F1 since Pedro Rodriguez in 1970, finishing a series of Mercedes-dominated races with Valtteri Bottas in 8th and Russell in 9th.

Sergio Perez, who cried in all his victory laps after capturing the flag, said: "I'm speechless".

After a dramatic week in Formula 1, Russell came to race for Mercedes to make a remarkable success on behalf of Lewis Hamilton, overtook Valtteri Bottas in the first corner and then maintained a five-second lead over his new teammate, with Mercedes taking the lead.

However, the late-race safety car forced the F1 champions to make an extra pit stop on both cars, as a precautionary measure that results in the failed service which triggered a series of events that ultimately led to the disastrous defeat of Russell.