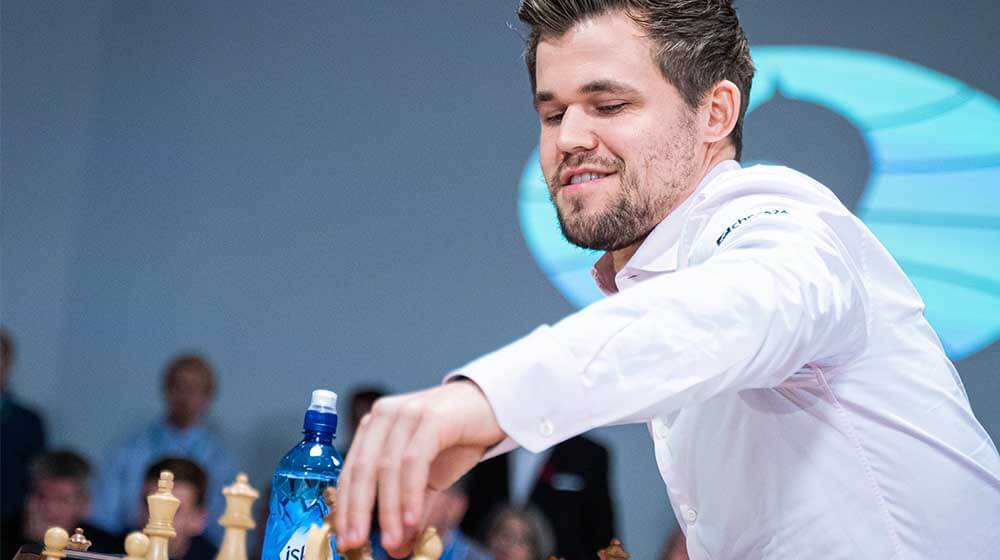 Thursday night added another victory in the World Champion Magnus Carlsen’s bag when he out-manoeuvred Alireza Firouzja with his tactically skilled 69 moves from the black side of Reti opening. With the victory of Norway title, Carlsen also clinched prize money worth $63,000. Carlsen earned 19.5 points after nine rounds, followed by Firouzja with 15.5 points, then Levon Aronian having 14.5 points and Fabiano Caruana with 14 points.

After the opening, Firouzja seems a bit better, but Carlsen, on the other hand, kept his calm and emerged out as a better player under the intense pressure in between the game. The excessive complications in the middle of the game have costed rooks, knights and opposite bishops with six pawns on each side. In further moves, Carlsen had a knight and two pawns with his opponent having a bishop and two pawns as Carlsen gained his knight from the h1 square. However, Firouzja’s imperfect handling of his king and 'h' pawn gave Carlsen the last laugh as he went ahead to win the title. The recent title is Carlsen's 10th major chess victory of 2020.