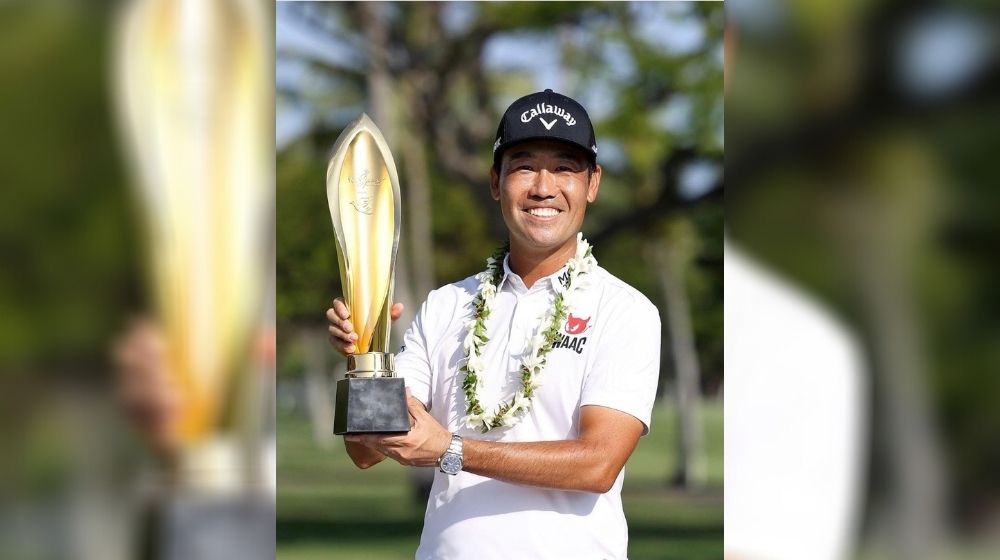 The loot at the Sony Open was owned by South Korean-born American Kevin Na, who bagged his fourth straight win after coming behind from three shots on six holes to play for a one-shot victory with a birdie on the final hole.

Kevin birdied the 72nd hole and earned a single shot victory at the US PGA Tour Sony Open at the Waialae Country Club in Honolulu, Hawaii.

After winning the title, Kevin said, “I was playing maybe a little bit more aggressive coming down the stretch, not worrying so much about second or third, more focused on just that — winning. Every year, I hope to win, and I expect to win on the right golf courses.”

Kevin seemed to be out from the game when he missed a 6-foot birdie putt on the 11th, but then he put three bogeys from 40 feet on the 12th to fall three shots behind Brendan Steele.

He answered with three consecutive birdies and delivered the winning shot with a 5-wood from the rough just behind the green on the par-5 18th, which made him a simple ups and downs of the birdie and the 5th under 65.

The 37-year-old Kevin turned professional in 2001 and joined the US PGA Tour in 2004, but it was not until 2011 that he won his first US Tour title. He claimed his second title after another seven years, but he has now five US Tour titles under his belt.