India: The first team to qualify for the 2020 U19CWC finals by thrashing Pakistan in the Semi-Finals 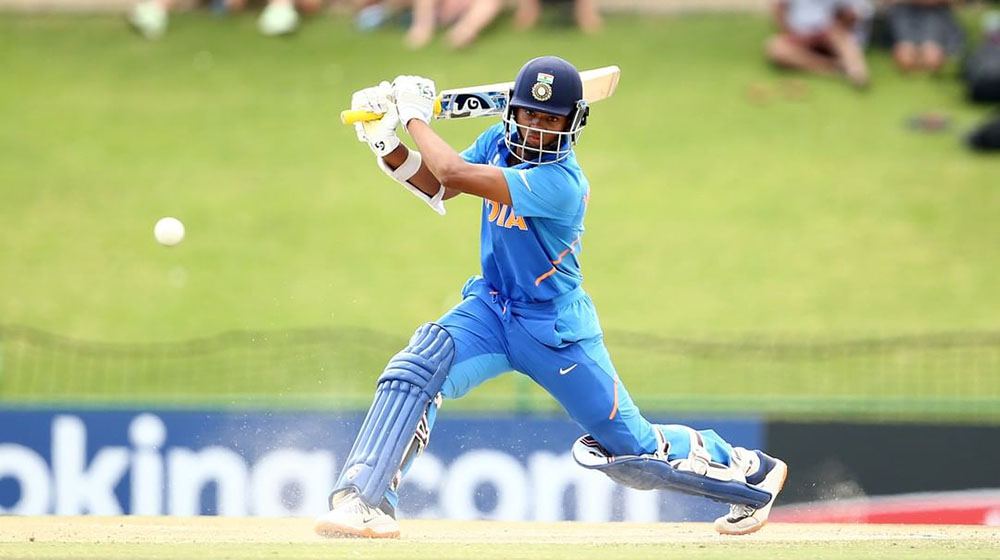 The Indian team defeated Pakistan in a one-sided match in the semi-finals of the U-19 World Cup on Tuesday. Indian opener Yashasvi Jaiswal scored an unbeaten 105, and Divyansh Saxena scored an unbeaten 59 and they shared a 176-run partnership through which the Indian team managed to reach the final of the Under-19 World Cup for the third successive and total seventh time with a record ten-wicket victory over Pakistan.

Pakistan won the toss and batted first, scored 172 runs in 43.1 overs, bowled before the Indian bowlers in the first semi-final. Opener Hyder Ali scored 56 and captain Rohel scored 62 and attempted to take over the team, but the wickets continued to fall at frequent intervals. For India, Sushant Mishra took the maximum three and Karthik Tyagi took 2 wickets. Leg-spinner Ravi Bishnoi also took two wickets in the middle overs. Subsequently, the Indian team chased and reached the target without losing wickets in 35.2 overs.

Chasing 173 runs for the win, both Indian openers Yashasvi-Divyansh started cautiously and saw an early threat from the Pakistan bowlers. However, they were unable to score at a brisk pace in the first powerplay but they didn’t lose any wickets and in the next five overs, both switched gears and added 25 runs. And they made up their journey towards winning the match against Pakistan. India needed five runs to win in the semi-finals and with this, Yashasvi Jaiswal, batting at the score of 99, hit the first century of the tournament with a six in Aamir's over. With this six, India also recorded a big win over Pakistan by ten wickets and even managed to reach the final of the Under-19 World Cup. The two together shared a record partnership of 176 and registered the highest ever opening partnership in the semi-finals of the U-19 Cricket World Cup. Pakistan's bowlers failed to stop the duo and India registered an easy win. With this victory, defending champions, India reached the final for the record seventh time in U-19 CWC.

"It is a dream come true for me. Really happy with what I did for my country, I can't express it in words. I'll never forget that I scored a hundred in the World Cup against Pakistan. It is just the start though, I have to work really hard in the future as well. We (Saxena and me) were talking amongst ourselves that we needed to stay on the wicket. They bowled well initially and we had to see it out. All of us, our support staff, physio, manager, they put in the effort and I want to thank all the Indians who prayed for us. We will try our best in the finals." Yashasvi Jaiswal, who hit the century, said after bagging the "Player of the Match" award.

So wonderful to see the composure of young Yashaswi Jaiswal and the relentlessness of the bowlers to just not let the opposition get away. A very easy win for India and a 3rd Successive World Cup Final appearance. Best wishes to the boys for the big finals #INDvsPAK pic.twitter.com/VUyaBR9i6j

यशस्वी भवः
Five straight wins over Pakistan U19 since 2014!
A 10-wicket win in the semis is some way to storm into the Finals!