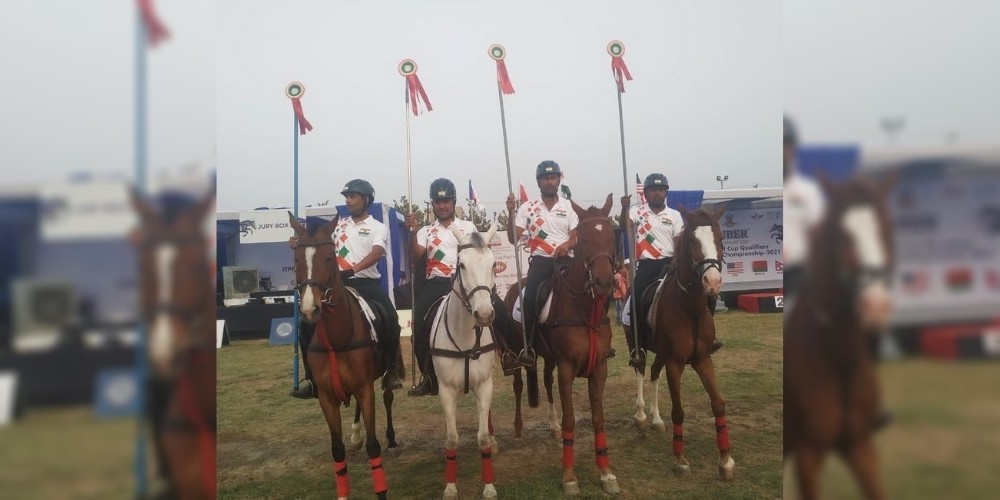 In addition to India, Pakistan and Nepal, riders from Belarus and the United States participate in the three-day competition. Only one team will qualify for the 2023 World Cup out of these, which will be held in South Africa.

In addition to the lance team competition, the individual lance competition was also held on Tuesday.

In the individual lance event, Muhammad Imtiaz from Pakistan bagged the gold medal with 42 points. Kepil from Nepal secured silver with 38 points, while Jena from India, with 34.5 points, clinched bronze.

Organising Committee President Brijesh Mathur said: "I am very pleased with the way things turned out on the first day of the World Cup qualifiers and witnessed such thrilling and exciting performances by all the teams. I wish all the teams the best of luck for the rest of the championship."

Jaiveer Singh, Secretary-General of the Indian Equestrian Federation, noted that the World Cup qualifiers are being held in India for the first time.

"It was a lot of effort to make it through the World Cup qualifiers in the country for the first time, especially during these testing times, and I am very pleased with the team's performance on the first day. I wish the India team do well and qualify for the World Cup," Singh said.