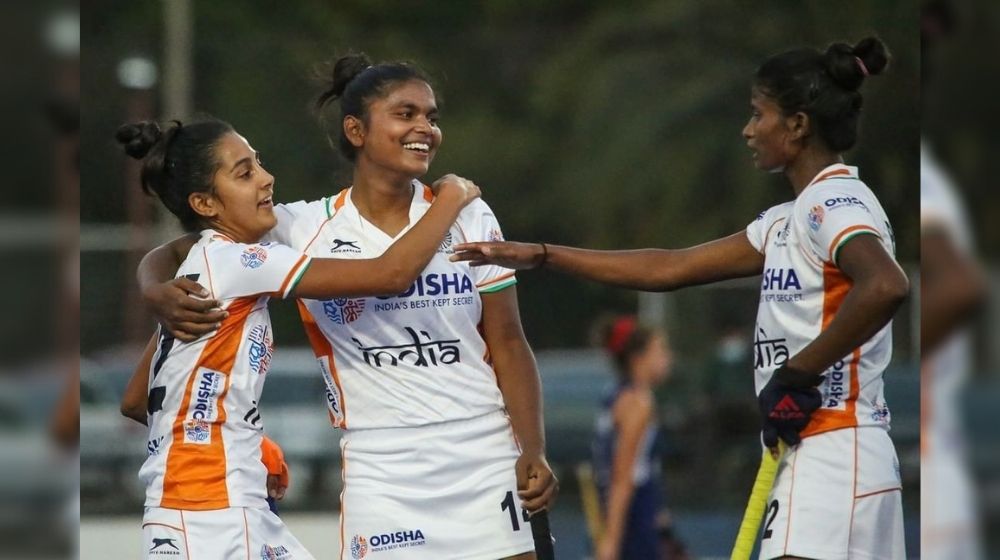 It was an open competition between the two teams for the first three quarters on Saturday night, with neither team breaking the deadlock. Both teams had a few chances through open play and set pieces, but the defences held firm to deny their opponents.

India appeared to be under pressure during a phase of play in the second quarter when they conceded consecutive penalty corners, but good defence inside the striking circle ensured that the hosts could not take the lead.

A similar situation occurred in the third quarter, but it was India who was on the attack. In the 32nd minute, Chile's senior team defended the execution of a penalty corner very well. Three minutes later, the host themselves was on the penalty corner, but the defence was successful again.

Early in the fourth quarter, what had turned into a tight and nervous competition was India who made their first goal as they orchestrated a beautiful team move to open the scoring through Sangita in the 46th minute of the game.

The young forward confidently seized her chance and maintained her goal-scoring form. A few minutes later, Chile had an excellent opportunity to tie the score with a penalty corner, but India's stormtrooper performed exceptionally well.

In the 56th minute, India's turn to get a penalty corner was the decisive moment in the game. A well-executed drag and a booming shot from a rebound from Sushma hit the back of the net and extended India's lead to two goals, which they were able to hold for the remaining minutes to snatch their fourth win in five games in Chile.