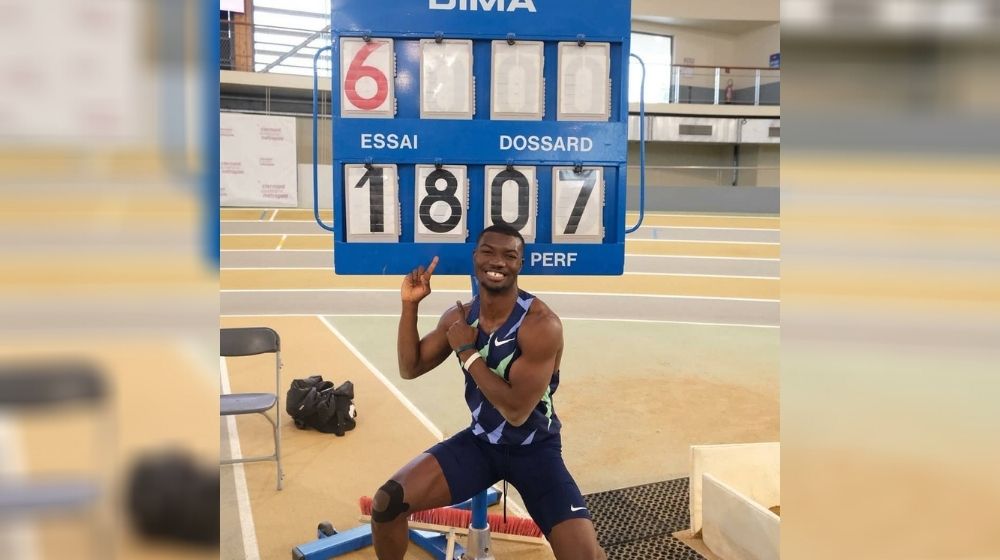 World bronze medalist Hugues Fabrice Zango started 2021 on the right foot and produced the first athletics moment of the year by leaping to a world indoor triple jump record of 18.07 metres.

His leap was 15 centimetres higher than the previous record, set by his French coach Teddy Tamgho at the 2011 European Indoor Championships.

After his record, He tweeted: “We already knew that the record had to fall. Now we go back to work because we must not stop there.”

However, Zango fouled at the start of the game and failed to get the best start at the arena in Aubiere, France.

He opened his game with a foul, but then scored an effective 17.33m effort in the second round. He fouled again in the third round, but then improved to 17.61m and then to 17.70m; only 7 cm away from the best result in his life.

However, Zango saved his best for last and created a new world record in his sixth and final effort, reaching 18.07m.

Zango becomes the first-ever African world record holder in a jumping event, as well as the first man to leap beyond 18 metres indoors, and the first athlete in Burkina Faso to set a world record.