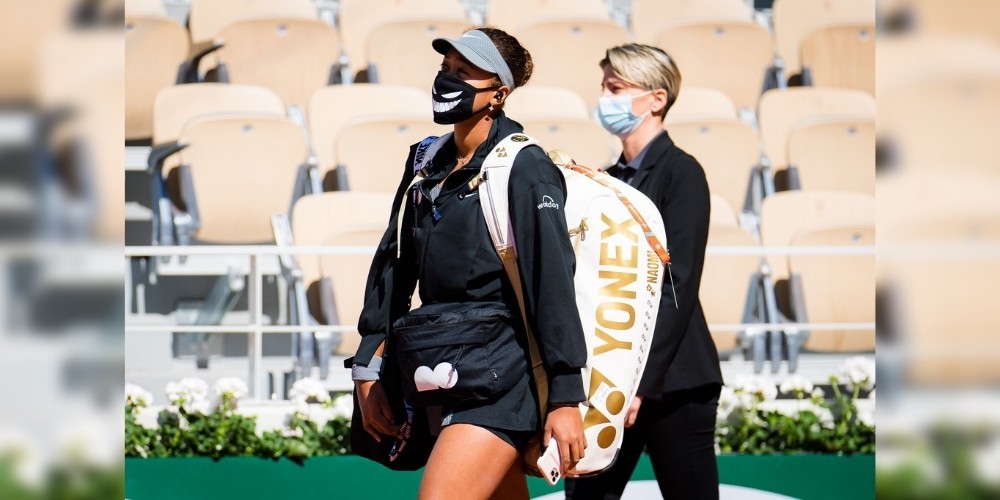 Former and current tennis players have reacted to Naomi Osaka’s decision to withdraw from the ongoing French Open. Osaka, who announced she would not be attending press conferences at clay court this year, citing mental health concerns, took to Twitter to announce the news.

True to her words, the four-time Grand Slam champion did not attend the press conference after winning the first round and was fined $15,000 by the referee of Roland Garros. Later, the organizers of the Grand Slam tournament issued a sharp warning about a possible exclusion from the French Open and future major tournaments if she does not change her stance.

“This isn’t a situation I ever imagined or intended when I posted a few days ago. I think now the best thing for the tournament, the other players, and my well-being is that I withdraw so that everyone can get back to focusing on the tennis going on in Paris.” the 23-year-old Osaka wrote on her Twitter handle.

“I never wanted to be a distraction, and I accept that my timing was not ideal and my message could have been clearer. More importantly, I would never trivialize mental health or use the term lightly.”

Osaka, one of the prominent names in women’s sports, said she has been suffering from depression since 2018.

“The truth is that I have suffered long bouts of depression since the U.S. Open in 2018, and I have had a really hard time coping with that. Anyone that knows me knows I’m introverted, and anyone that has seen me at the tournaments will notice that I’m often wearing headphones as that helps dull my social anxiety.” she said.

An embattled Japanese superstar said she suffered from prolonged bouts of depression after the 2018 US Open.

Osaka finished by saying that she would take a break from the court. “I’ll see you when I see you,” she signed off.

Serena Williams: I feel for Naomi. Not everyone is the same. I’m thick. Other people are thin. Everyone is different, and everyone handles things differently. You just have to let her handle it the way she wants to and the best way she thinks she can. That’s the only thing I can say: I think she is doing the best she can.

Martina Navratilova: I am so sad about Naomi Osaka. I truly hope she will be ok. As athletes, we are taught to take care of our body, and perhaps the mental & emotional aspect gets short shrift. This is about more than doing or not doing a press conference. Good luck, Naomi - we are all pulling for you!

Billie Jean King: It’s incredibly brave that Naomi Osaka has revealed her truth about her struggle with depression. Right now, the important thing is that we give her space and time she needs. We wish her well.

The Women’s Tennis Association (WTA) has stated that mental health is one of the organization’s top priorities.

WTA: We remain here to support and assist Naomi in any way possible, and we hope to see her back on the court soon.

World number one Novak Djokovic called Naomi Osaka “brave and bold” to pull out of the French Open and expose her struggles with anxiety and depression, but admitted he was not surprised that she had been threatened with a Grand Slam ban.

Novak Djokovic: I support her. I think she was very brave to do that. I’m really sorry that she is going through painful times and suffering mentally. This was, I must say, a very bold decision from her side. If she needs to take time and reflect and just recharge, that’s what she needed to do, and I respect it fully. I hope that she’ll come back stronger.