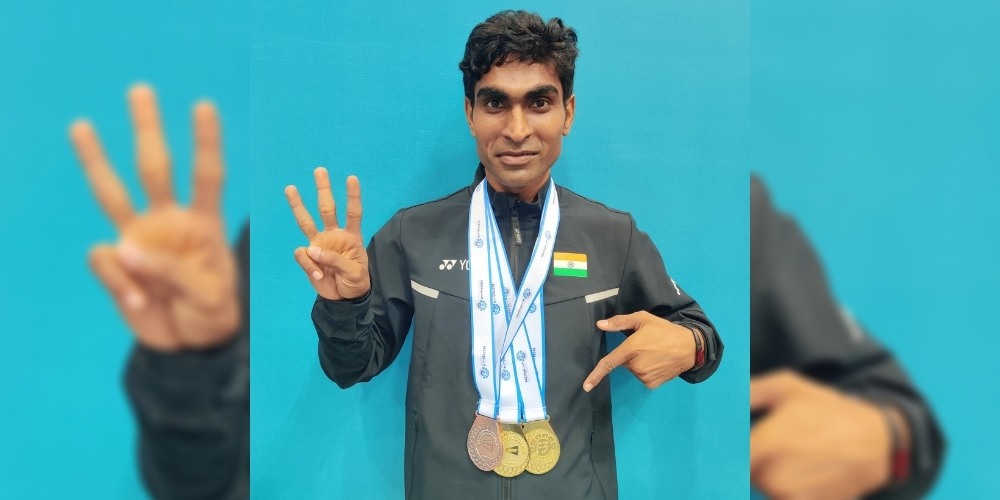 The Indian contingent finished Dubai Para-Badminton International 2021 at a top-level, winning four gold, six silver and seven bronze medals in the competition, which concluded on Sunday.

On the final day of the tournament, the world's # 1 Pramod Bhagat outclassed his Indian compatriot Kumar Nitesh 21-17, 21-18 in the men's singles SL3 final.

India's second gold in singles went to Nagar Krishna in the SL6 category. In a summit clash, he defeated Malaysian shuttler Didin Taresoh 21-17, 21-18.

In the women's tournament, Manasi Joshi and Palak Kohli had to be content with silver.

In the WH1 mixed doubles, Prem Kumar and his Russian partner Tatiana Gureeva beat Swiss Karin Suter-Erath and Luca Olgiati 21-11, 21-18 in the final to win the gold medal.