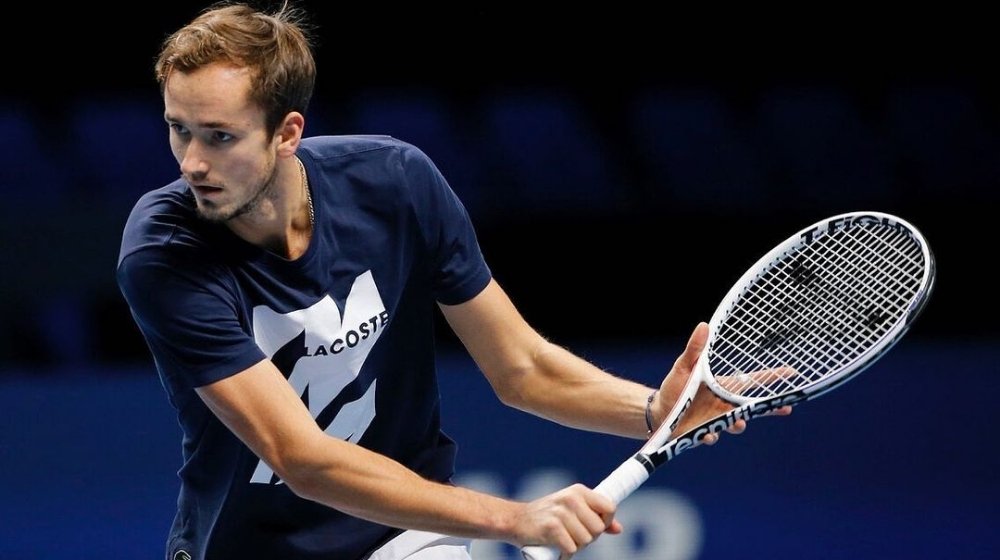 Daniil Medvedev smashed Novak Djokovic in straight sets to earn a place in the Final Four at the ATP Finals on Wednesday. Russia's fourth seed confronted the number one in the world, winning 6-3, 6-3 in a super exciting match at London's O2 Arena.

Previously, Germany's fifth-seeded Zverev defeated Diego Schwartzman 6-3, 4-6, 6-3 and bounced back from defeat to Daniil Medvedev in his opening round of Group Tokyo 1970 match.

Top-seeded Djokovic is trying to match the record of six-time winner Roger Federer, who missed this end-of-season tournament due to an injury. However, Medvedev, who won the Paris Masters last week, defeated Djokovic in the match and shattered him with an almost perfect defensive performance.

The world's number one had worked hard to take a 3-2 lead, making a terrific start to the Tokyo Group match, but the 24-year-old Medvedev then changed his gears to seize control. Medvedev comfortably served in the next game and captured the opening set 6-3 when Djokovic, who rattled, double-faulted.

Medvedev again defeated the 17 times Grand Slam champion at the start of the second set, winning six consecutive games in the round-robin match. Djokovic served to at least to test Medvedev's nerves, but the Russian grabbed the victory and claimed two out of two in the group and guaranteed a semi-final berth.

Medvedev lost all three group matches in his debut in London last year after making only 12 unforced errors but now looks like a genuine title contender.

Meanwhile, Djokovic will face a straight-forward shootout against Alexander Zverev on Friday as he will try to survive his hopes of advancing from the group and remaining on course for a record sixth title in the tournament.